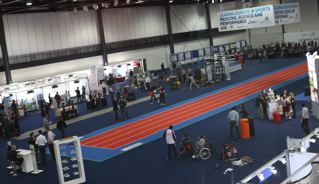 UKsem was the first conference to have a ‘Moneyball’ panel session; attendees voted with their feet that this should happen again. What’s ‘Moneyball’? The unabridged term refers to Michael Lewis’ book of that name. It’s about a baseball team who performed much better than they should have by recruiting cheap players who didn’t have the ‘look’ of top draft picks but whose statistics were impeachable. The implication is that an astute statistician may help to recruit this type of player whereas a ‘sport expert’ might be fooled by intangibles – the style, the charisma, pedigree – but in the end things that don’t predict success as well as the carefully analyzed data. The concept was in the news in Australia just today.

In the sports medicine setting, Dr John Orchard raised raised the concept in 2009. He’d read the book (didn’t wait for the Brad Pitt movie) and figured that team physios and team sports physicians could augment team performance. This appreciation, literally valuing of the sports medicine / fitness team would lead to great salaries for those individuals. At the conference Moneyball session, Liverpool Football Club’s Peter Brukner estimated that many soccer/football clubs in the English Premier League have annual player salaries over 100 million GBP but pay less than 0.5% of that for ‘maintenance’ – the sports medicine team. Seems crazy and I suspect that in Formula 1 the investment in the ‘asset’ would be much higher.

Also in the UKsem session was power lawyer Mary O’Rourke, QC, who is clearly a pre-eminent sports lawyer in the UK. She emphasized the risk that sports physicians are at when taking care of players who might be earning over 100,000 GPB per week. Is your personal liability insurance in place for the 40 million GPB or so you might be sued for?  I didn’t realize that as Dick Steadman operates in Colorado, the legislation in that stats caps any medicolegal claim at $10 million. In the UK, there is no cap. Food for thought for both players, and physicians. Lots of players have value greater than $10 million.

There was also an introduction to the idea of clincians using agents to help them get better deals in this new world. Clinicians valued more = larger contracts = need for help with negotiation and for digging out the good gigs. Makes sense.

A great idea for future conferences in the UK and beyond. I can see it traveling very well at AMSSM in Atlanta 2012, the VSG (Netherlands), Australia, Switzerland, South Africa, and among the ECOSEP member countries.

For a detailed movie review and background to Moneyball click here please.

And on the subject of Liverpool Football Club, it seems like Brad Pitt is a fan!