Last week, I reviewed biomedical words whose first written instances are attributed to 1970 in the Oxford English Dictionary (OED). This week I have explored 1971 (Table 1). Pharmacology again dominates, with infectious diseases coming up on the rails. In the 1970 collection, I discovered earlier citations, antedatings, ranging from 1 to 20 years. One antedating, however, was more striking, going back to 1913. 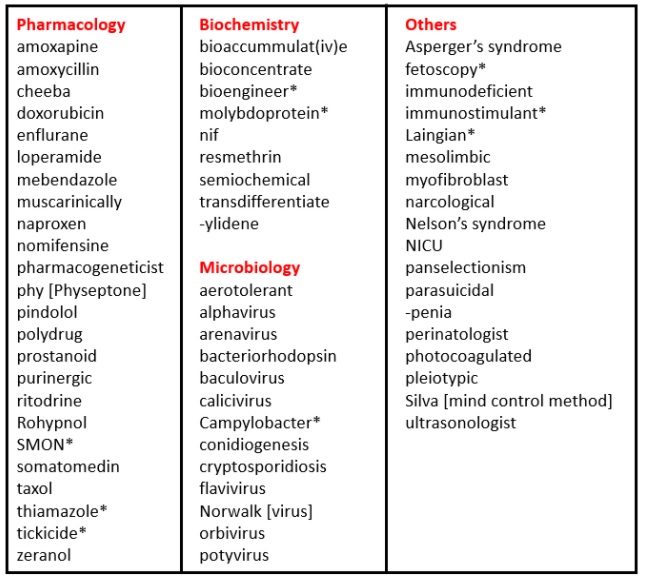 The earliest OED cited instances of “medicalized” and “medicalization” are from the New England Journal of Medicine, in a 1970 letter headed “‘Medicalized’ sex”: “Sexually active teen-age girls have a physical examination by a pediatrician, a pelvic examination by a gynecologist, a blood count, urinalysis, tine test and dental survey, followed by home visits by a public-health nurse … a ‘medicalization’ of sex that is probably self-defeating.”

Then in 1975 the social commentator Ivan Illich (Figure 1) popularized the term in his diatribe Medical Nemesis, a book that received wide publicity, and vilification, at the time: “The public acceptance of iatrogenic labelling multiplies patients faster than either doctors or drugs can medicalize them.” Illich’s thesis was that the things that people traditionally did or organized for themselves were being expropriated by governmental institutions and the so-called “disabling professions”. Institutionalized health care—medicalization—impaired health in the same way that, as he later put it, “schools impeded learning; transportation contrived to make feet redundant; communications warped conversation”.

I have not found “medicalization” in any dictionary before 1987, when Jonathon Green defined it in his Dictionary of Jargon as a sociological term meaning “the increasing practice of attaching medical labels to behaviour considered as socially or morally undesirable.” The OED first defined it in 1997 (in the third volume of its Additions Series): “To give a medical character to; to involve medicine or medical workers in; to view or interpret in (esp. unnecessarily) medical terms.” These definitions imply that by categorizing something as a disease, including natural processes, such as birth, the menopause, and the loss of beauty that accompanies ageing, you make its effects susceptible of being cured or at least ameliorated. According to Illich, doctors had medicalized various aspects of life, including ageing, death, pain, patients’ expectations, and healing and preventive therapies, thus impairing health.

When Harvey Cushing addressed the 17th International Congress of Medicine in London in 1913 (Figure 2) he used the word in a different context: “It seems to me that the physician has merely come to do his own surgery, that internal medicine is merely becoming surgicalized, much as military surgery has become largely medicalized.. … And what is happening in these specialities is an indication of the tendency in the two major branches; for internal medicine and surgery, as the treatment of disease grows less empirical, unquestionably tend to converge.” Cushing’s usage is not quite what we mean today by medicalization, but it undoubtedly falls within the OED definition. The OED does not include “surgicalized”. 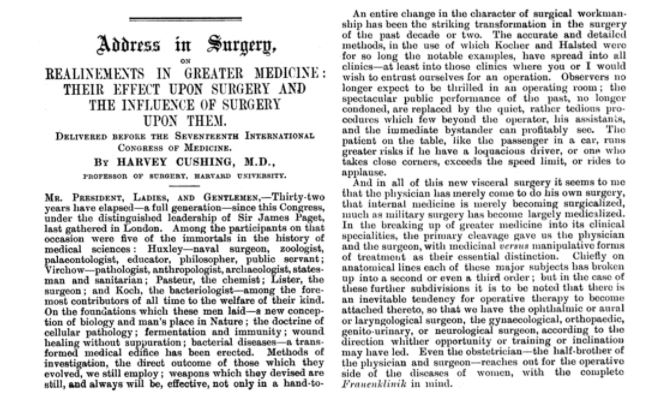 Figure 2. The title and part of the text of an address given by Harvey Cushing in 1913 to the 17th International Congress of Medicine in London; look for “surgicalized” and “medicalized” half way down on the right-hand side

The etymological pedigree of the word “nemesis” is shown in Figure 3. In Greek, νέμεσις originally, e.g. in Homer, meant righteous anger against injustice; in later texts it came to mean divine retribution. Its personification, Nemesis, was unusual in being worshipped as a goddess. Nemesis was often a response to hubris, in Greek ὕβρις, insolence or wantonness, as that of Penelope’s suitors in the Odyssey. If hubris was directed against the gods, nemesis would follow. So, Illich’s title is inappropriate. In his philosophy the problem lies in medical hubris, and the nemesis that follows will not be medical, but societal. It was therefore left to David Horrobin to give his 1977 book-length response to Illich the title Medical Hubris, in which he critically analysed Illich’s text chapter by chapter. But Horrobin’s thesis was that “medicine has suffered not from too much hubris but from too little”. Richard Smith revisited Medical Nemesis in 2002: “its prescience,” he wrote, “seems remarkable”.

Both books still repay reading, not least because recently we have been made uncomfortably aware of intrusive medicalization of many aspects of our daily lives, particularly in relation to the current epidemic, but in other areas as well. Illich would have had much to say about that, as would Horrobin. 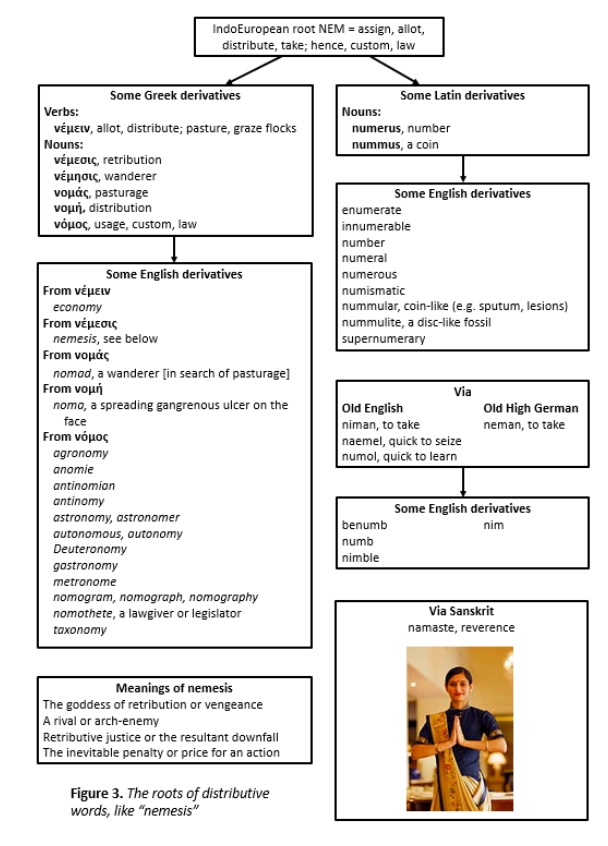