Last week I suggested that there is widespread misunderstanding about the meaning of “exponential” in mathematics. Colloquially, it means a huge increase, which it need not be. And when events change exponentially they can go down as well as going up. Considering how you invest your money introduces the way in which exponentials work.

Suppose you invest £100 at a simple interest rate of 10 per cent per annum. Each year you earn £10. The principal, what you have in the bank that has conned you into this deal, increases linearly (Table 1). Now you strike a better deal; instead of a fixed percentage of your principal (£100) each year, the bank will give you a fixed percentage of the cumulative amount. Now you do somewhat better (Table 1). Instead of increasing your principal by 120% after 20 years (6% per annum) you increase it by 220%, an annual average of 11%.

However, when compound interest is calculated on the cumulative amount, the equation becomes more complicated. In the first year the calculation is the same as for simple interest:

But in the second year P becomes the new amount P + kP and so the equation becomes:

And in the third year we have to use this new amount in the calculation:

We can keep on doing this and writing longer and longer equations. However, there is a simpler way of expressing it. If P increases by 6% each year it will grow at a rate of 1.06t, as shown in Table 1. After 20 years you will have £320.71 in the bank (100 × 1.0620). Before the days of electronic calculators you would have done this calculation using logarithms.

You might be surprised that this new amount, calculated day by day, isn’t much more than it was when calculated year by year, with the same total interest. If you did it hour by hour the answer would be £332.01, not much more again.

Thus, the basic growth rate is given by (1 + 1/n)n. When we increase n from one to very large numbers a surprising thing happens. The result doesn’t go on increasing, or not by very much (Table 2). It reaches a limit of about 2.71828. And that limit has been given a symbol, the letter e. Enter a 1 into your calculator and press the key marked ex. You’ll get 2.71828…. 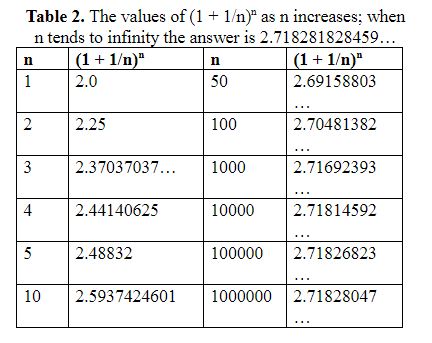 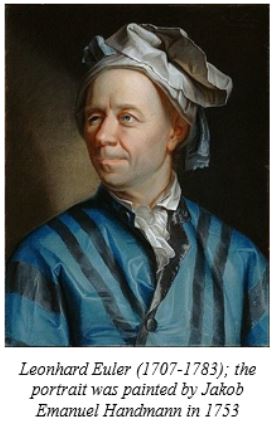 What has all this to do with R0 and Re the reproduction numbers of a virus? Well if R is 2, each person infects two people; so the first 100 people to be infected will infect 200 other people; those 200 infect another 400; those 400 infect 800. And so it goes, doubling all the while. That’s an exponential increase. Even if R is only just above 1, say 1.1, the number of people will increase exponentially, but not as fast as when it was 2 (Figure 1). Suppose R falls to less than 1 during an epidemic, say 0.5. Then the first 100 people will infect another 50; they will infect 25, and so on; that’s an exponential decrease (Figure 2) and the epidemic will die out.

Remember: the value of your investment can go down as well as up. 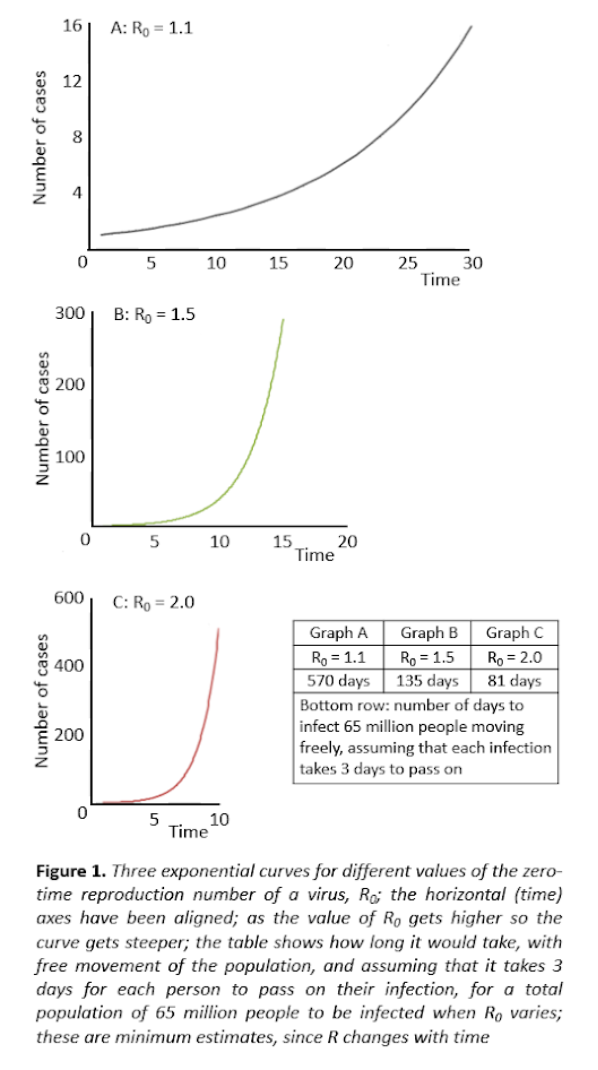 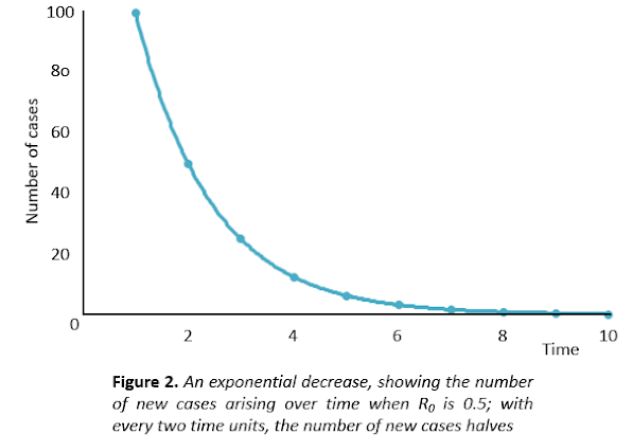 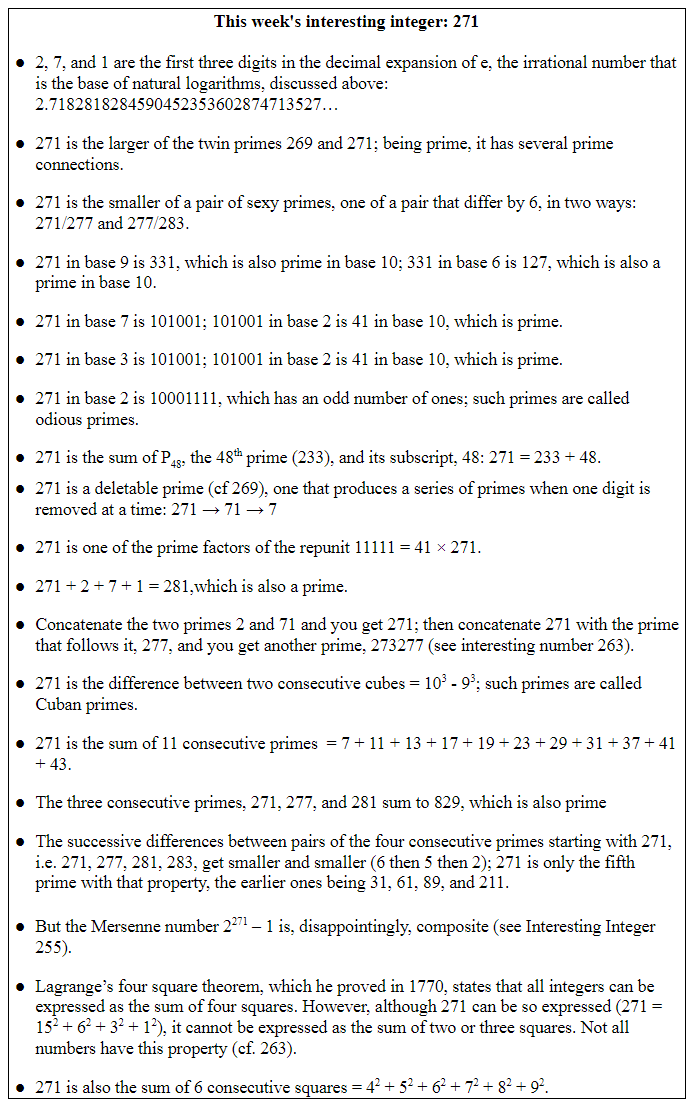