In every crisis lies an opportunity. Covid-19 is no exception. Of course any gains from falling air pollution levels in Beijing and London, a renewed desire to reconnect with and appreciate nature, or liberating schoolchildren from the tyranny of a testing regime of disputed value may prove short-lived. But for all the doom and gloom into which the country has been plunged, it is vital that this crisis is put to good use. Lessons must be learned and applied. Life will never be quite the same again, but that need not be something to fear or regret.

How we will judge the UK government’s handling of the crisis, with its initial hesitant and gradualist approach now rapidly gathering pace, merits close scrutiny when the time for studied reflection comes. But as we embark on a journey without a clear endpoint, we urgently need a different style of politics and governance. We need one that is mature, evidence-informed, and based on sound judgement. It also needs to display an honesty and transparency that is sadly lacking from our contemporary political discourse. The public needs to know what evidence informed the government’s approach, and what assumptions informed the modelling carried out at Imperial College London and elsewhere in order to arrive at the measures to shut down much of society. We need to know what part the new-found enthusiasm for behavioural science with its controversial “nudge” type approaches has played in delaying decisions to close schools and social venues?1 And what lessons were learnt from earlier virus scares, including SARS, and the pandemic flu exercise run in 2016?2

The need for honesty applies especially to the current government which is reaping what its predecessors, involving many of the same individuals, sowed back in 2010. Evidence was ignored then when the Conservative and Liberal Democrat coalition government embarked on a decade of austerity, the consequences of which we are now living with.3 It was nothing more than an ideologically driven political choice, which has hit the NHS, public health, and local government especially hard.4 Playing catch-up in a desperate effort to repair the damage resulting from a determination to shrink the state and reduce public expenditure lies behind the initial gradualist approach to the crisis. It is designed to prepare the NHS as far as possible for what may befall it in the weeks ahead.

We know that since 2010 the NHS has been rendered progressively threadbare when it comes to its funding and workforce. Its ill-conceived and unnecessary “re-disorganisation” following the Health and Social Care Act 2012, combined with the impact of Brexit, have proved disastrous. Social care finds itself in an even more parlous state. Despite the hollowing out of the public realm over the past decade, it is to it that we now look to provide the necessary protection and support to survive the impact of covid-19. Yet the UK’s population is in poorer health than a decade ago and social inequalities are wider, so we are less prepared than we could be to cope with a major pandemic.5 The WHO Commission on Social Determinants of Health went further in drawing attention to the “toxic combination of poor social policies and programmes, unfair economic arrangements, and bad politics.”6

Lessons for the future

Looking ahead, what lessons should we be seeking to learn from the crisis? Firstly, the choices we now face stem from a broken political system. This is especially evident when it comes to confronting catastrophic scenarios that threaten our way of life, whether it be climate change, a nuclear exchange, or a global pandemic without a treatment. We urgently need a more grown-up and mature political discourse—not one based on three word sound-bites and silly banter. We must do better than this and reject “the unbearable lightness of politics.”7

Second, we need to rebuild our public services so they are more resilient and better able to cope with the unexpected and unforeseen. This is not an argument for rebuilding the NHS as a hospital service based on buildings, beds, and intensive care units. For too many of its 70 years the NHS has suffered from being viewed as a service for the sick rather than a health service.8

The NHS Long Term Plan contains much that should not be jettisoned.9 The welcome and overdue commitment to public health, tackling the social determinants of health and strengthening primary care to ease demand on hospitals must be retained. So far, many of those who have died from, or had more severe complications from, covid-19 have had underlying health conditions, some of which might have been preventable if we had fewer health inequalities. We need to make sure that investing in public health is not sacrificed on the altar of opening more intensive care beds. For this to happen, it has been estimated that the current public health grant which currently amounts to £3.1 billion a year is now £850 million lower in real-terms than in 2015-16. With population growth factored in, £1 billion is needed to restore funding to 2015-16 levels.10

Finally, perhaps the most important lesson is one the late historian, Tony Judt, set out in his prescient book, Ill Fares the Land.7 It is “to think the state again” and reject the misplaced faith in the market that has corrupted our politics since Thatcherism was unleashed in the 1980s.11

“Burning platforms” are claimed to be powerful drivers of transformation.12 If so, perhaps the covid-19 pandemic will herald a new age and result in changes to our politics and values which have hitherto proved so stubborn and resistant to change. It will fall to the young to seize the initiative and ensure that the lessons that are all too clearly there to be learned are acted upon. We have lost a decade in tackling social injustice and can ill afford to lose another. 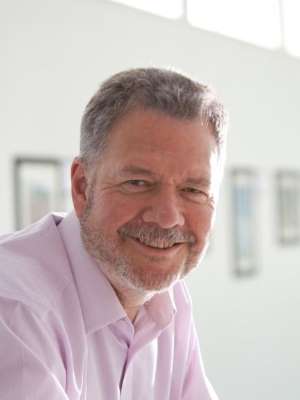 David Hunter, Emeritus Professor of Health Policy and Management, Population Health Sciences Institute, Newcastle University; Visiting Professor, University of Chester. A graduate in political science from the University of Edinburgh, David’s academic career spans over 40 years researching health policy in the UK and beyond. He is a special adviser to WHO on health systems transformation.