Screening can reduce deaths from colorectal cancer, but only if the people invited participate. [1] The challenge is that high uptake is hard to achieve and this seriously limits the potential health benefit of screening. Within the UK, uptake of the faecal occult blood test (FOBt) has remained low and stagnant at around 55% since its introduction over 10 years ago. [2] But, this may be set to change. Scotland introduced the new faecal immunochemical test (FIT) in November 2018 and uptake has risen to a record high of 64% within the first six months, the first time ever the uptake has exceeded the standard target of 60%. [3] Roll out of FIT colorectal screening has started in England and Wales.

This increase in uptake of colorectal screening is impressive. Participation in screening and test kit return are behaviours that have been studied using theories and methods from behavioural science. Human behaviour is complex and often involves multiple cognitive processes that influence task execution, e.g. attention, memory, reflective deliberation, executive control, scheduling, routine, automaticity, habit etc. Behavioural science interventions in this area have often targeted reflective/deliberative processes. Previous attempts to improve colorectal screening uptake however, have been largely unsuccessful. [4,5] Wardle et al. assessed four interventions to increase the visibility and salience of colorectal screening and found evidence of small increases in uptake (0.7%) with two of the interventions: a GP endorsed invitation letter and an enhanced reminder letter. [4] O’Carroll et al. tested the impact of asking participants to reflect on the possible consequences of non-participation, an anticipated regret intervention, and found no impact on uptake. [5] These attempts, while using theory and evidence-based strategies, relied on written information materials to inform people about screening in the attempt to motivate reflection on their decision to screen. Increasingly, behavioural science is acknowledging that the potential for information-based interventions is fundamentally limited and interventions targeting environmental stimuli and cues e.g. ease of effort and product design may have greater potential to influence behaviour. [6,7]

The new FIT colorectal screening test is certainly a simpler and easier to use test than its FOBt predecessor. The new FIT requires people to collect and immediately return only one bowel motion instead of the six samples (two samples, stored in the home, from three separate stools) required previously for FOBt. Identifying the behavioural mechanisms involved in the increased uptake with the new FIT is vital to progress our understanding of behaviour change and improve cancer screening uptake. Applying the COM-B Model (‘capability’, ‘opportunity’, ‘motivation’ and ‘behaviour’) offers insight into the behavioural mechanisms involved in the increased uptake with the new FIT. [8] People’s capability to complete this home-based test is increased by FIT: one sample makes the test physically easier to complete and psychologically there are fewer cognitive demands (e.g. planning where, when, and how; remembering) involved than with the old FOBt. Participant’s opportunity to complete the new FIT is increased as one sample is easier to collect than six and is less time consuming than the old FOBt. People’s motivation to complete is also increased with the new FIT because important barriers such as disgust are partly overcome because only one sample is required compared to six with the old FOBt and there is no necessity to store the samples. [9] Additionally, the potential social embarrassment barrier of the samples being found by others while being stored in the house between samples is also reduced.

The idea of simpler is better is not new, Occam’s Razor and the law of parsimony have existed for hundreds of years. The polypill is a good example of a simple solution to the complex problem of poor adherence among patients with comorbidities who require multiple medications.[10] However, as we strive to develop new technologies and improve existing systems in cancer screening and other areas, simplicity of use and the importance of human factors in design need to be at the forefront of developers’ thoughts. The case of colorectal cancer screening illustrates that if you want to change behaviour to improve health, make that behaviour as simple as possible. 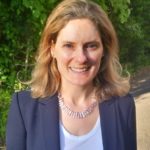 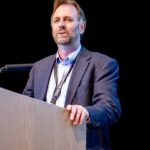