The Lancet Commission on Malaria Elimination recently published a new report on the state of malaria globally, with special attention to ongoing attempts to eliminate the disease in sub-Saharan Africa. The report shows there is much for the global health community be proud of: the number of malaria cases and deaths have decreased dramatically in the past decade. At present, malaria activities have international support, are well funded, and are working to integrate new technologies such as a partially-effective vaccine and genetically modified mosquitoes. Yet despite all these gains, there is one area where global health agencies remain woefully unprepared: planning for the eventual failure of their campaigns.

Why should scientists plan for failure at a moment when it looks like we’re winning the war against malaria? Because history shows that this campaign, like past ones, is likely to fail. As a historian who studies global health and medical interventions in East Africa, I see striking similarities between today’s activities and past ones. For example, the island of Zanzibar, where I work, has been, and remains, at the center of global malaria elimination efforts. International aid organizations describe the disease as nearly eliminated and with prevalence rates of less than 1% today. Zanzibar is frequently invoked as an example of malaria conquered in tropical Africa. Yet, this isn’t quite right. Malaria has been nearly eliminated multiple times, which is the same as saying it has never been eliminated. The mosquito vector and malaria parasite remain entrenched in the local environment and local bodies. Since the 1950s, malaria rates have plummeted and then rocketed back up at least three times, with prevalence rates being reported at under 1% to 63%. [1-3]

This sine wave oscillation of malaria rates is more than just a marker of the Global North’s waxing and waning interest in Africa: it also has real health implications. Malaria is uniquely terrible in that there are risks that accrue to local people when the disease is effectively controlled for a number of years and then allowed to return unchecked. A temporarily successful control campaign can unintentionally create a more dangerous disease environment by stripping people of their acquired immunity. That immunity is gained only by being exposed repeatedly and regularly to malaria infections and surviving it as a young child. Acquired immunity can also be lost if a person is not regularly exposed. As the report itself succinctly explains, “In highly endemic areas of Africa, children who survive constant P falciparum malaria infections develop substantial protection against death, moderate protection against illness, and little or no protection against infection.” It is sad and ironic that  a temporarily successful programme can create a situation ripe for resurgent malaria—when the disease returns to communities where immunity has been lost. Resurgent epidemics have extremely high mortality rates but are preventable with good planning. [4] That type of planning acknowledges that campaigns always end and that many end in failure.

The realities, challenges, and ethical dilemmas of rebound malaria are not new—scientists debated the risks of trying to eliminate the disease in the 1940s. Zanzibar’s history is again instructive. In the late 1950s and early 1960s the World Health Organization tried to eradicate malaria globally, and they failed. They also had high hopes for Zanzibar: WHO scientists called it a “model malaria eradication programme” where the goal was to demonstrate the feasibility of eradication in all of tropical Africa. Unfortunately, that didn’t happen. Instead, the WHO’s abrupt departure led to an epidemic of rebound malaria in the 1970s. Zanzibar is not a lone example. In fact, UCSF’s research shows the true scope of the problem. They count 75 cases in 61 countries over the past 70 years, with Sri Lanka and India as notoriously terrible sites of rebound epidemics. The evidence is clear: despite good intentions, it was the failure of these programmes—and their reluctance to plan for that failure—that led to deadly rebound epidemics that killed tens of thousands of people.

Critics might say it’s overly pessimistic or unrealistic to plan for failure. But the truth is most disease elimination campaigns end in failure. The only human disease we’ve succeeded in eradicating is smallpox; the only animal disease is rinderpest. During the WHO’s global malaria eradication attempt in the 1950s, very significant gains were made in southern Europe; the disease disappeared from Italy and Greece. In sub-Saharan Africa, however, the failures were resounding and have been well documented by historians. In our current state of malaria eradication activities, we’re yet to contend with what this history of failure means. To me, it indicates that international attention and funding will eventually wane, control strategies will be reduced or stopped, and malaria will come roaring back. By refusing to responsibly plan for failure, global health agencies put African communities at risk.

As a global community, we should feel proud about the substantial gains made in reducing this disease. We should also take this opportunity to learn from the history of very real failures and acknowledge the ethical questions raised by the loss of acquired immunity and the threat of rebound malaria. These are questions that have lurked around the edges of malaria control activities—and been privately debated by scientists without the involvement of African community members—for nearly a century. Strikingly, we still often present malaria interventions as public health activities rather than as a form of research with risks. The organizations and scientists involved in today’s fight against malaria should be lauded for their dedication. We should also insist that past failures, the potential for failure in the near future, and the risks of rebound malaria be addressed publicly and with an eye to involving affected African communities.  As a historian, it’s clear to me that we have an obligation—and the potential—to do better than we have in the past. 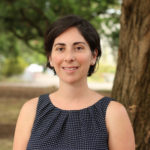