Stephenson attributed this biphasic effect of the decyl salt to reduced surface tension of water at high concentrations, causing frothing. However, it could have been due to a phenomenon called hormesis, which had been described in 1943, but which related to effects on fungal and bacterial growth and had achieved little currency. Indeed, as Figure 1 shows, discussion of the concept only took off at the end of the 20th century. 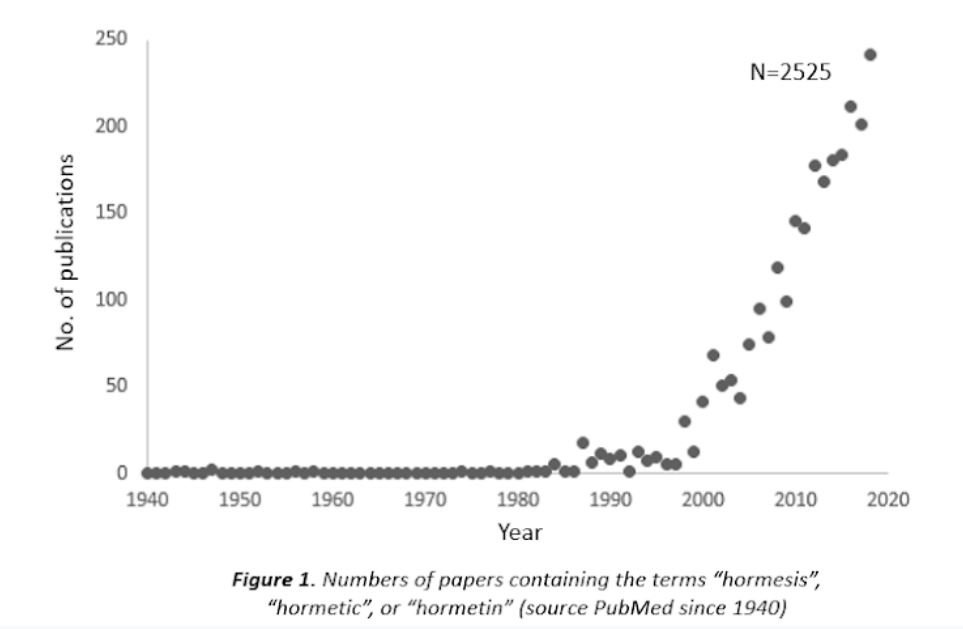 The term hormesis was introduced by Chester M Southam and John Ehrlich in 1943 (Phytopathology 1943; 33: 517-24). They observed that water-soluble extracts from the heartwood of Western red cedar trees (Thuja plicata) included a substance, a phenol they thought, that was toxic to the fungus Lenzites saepiaria (Lenzites lepideus or Fomes annosus) and that protected the heartwood from fungal decay. They then investigated the effects of different concentrations of the extract on a range of fungi. Some of their results are shown in Figure 2. Low concentrations increased the growth of some of the fungi, reflected in the average of all the 11 species they studied (top panel). The example of Lentius lepideus is shown in the bottom panel. They called this “hormesis”: “The term hormesis (adj. hormetic) is proposed to designate such a stimulatory effect of subinhibitory concentrations of any toxic substance on any organism.” They did not explain the origin of the term. 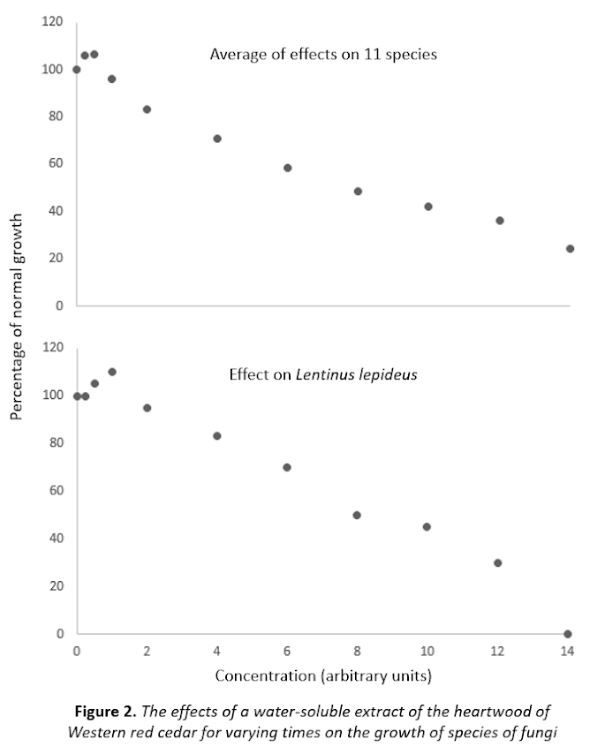 Actually, the term “hormetic” was by no means new, although rare and by then long obsolete. The Oxford English Dictionary cites a single instance from 1666, in a book called Γηροκομία Βασιλικὴ: King Solomon’s Portraiture of Old Age by John Smith “[The muscles] By their hormetick power and contraction into their own bodies … can readily perform whatsoever motion the Organ is capable of.” He got it from the Greek, ὁρμητικός, impulsive.

The IndoEuropean root ER meant to move or set in motion and hence to stimulate. This gives us parts of the verb to be, are and art; the name Ernest, meaning vigour, typically in battle; earnest; and uplifting words, such as arise, rise, and raise. The o-grade form OR, gave the verbs ὄρνυσθαι in Greek and oriri in Latin, both meaning to arise, from which we get origin, the orient, where the sun rises, and abort. The Greeks also aspirated the o-grade form and added a mu, giving them the noun ὁρμή, rapid onward motion, and the verb ὁρμάειν, to set in motion or urge on. From these we get hormone, coined by Ernest Henry Starling in the Lancet in 1905: “These chemical messengers, however, or “hormones” (from ὁρμάω, I excite or arouse), as we might call them”. And of course hormesis.

After Southam and Ehrlich’s observations on fungi, antibacterial drugs were also shown to produce hormesis, as were insecticides and herbicides. And radiation hormesis, the controversial theory that low doses of radiation can be beneficial, emerged for discussion in the 1980s. Elements such as vanadium, iron, manganese, cobalt, nickel, copper, and zinc have also been regarded as hormetic, since trace amounts are necessary for life but large amounts are toxic. The term “hormetin” has also been coined to denote a substance that demonstrates hormesis. And hormology is the study of such effects.

Hormetic effects tend to be rather small, as the data in Figure 2 show. For example, cardiac glycosides, which act by inhibiting Na/K-ATPase (the Na/K pump), have also been shown to stimulate it at very low concentrations, although the size of this effect is too small to be convincingly relevant to clinical practice. Occasionally, however, a sizeable effect may be demonstrated, as in the case of the effects of dopamine on pituitary secretion of prolactin (Figure 3), leading to the use of dopamine receptor agonists in hyperprolactinaemia. 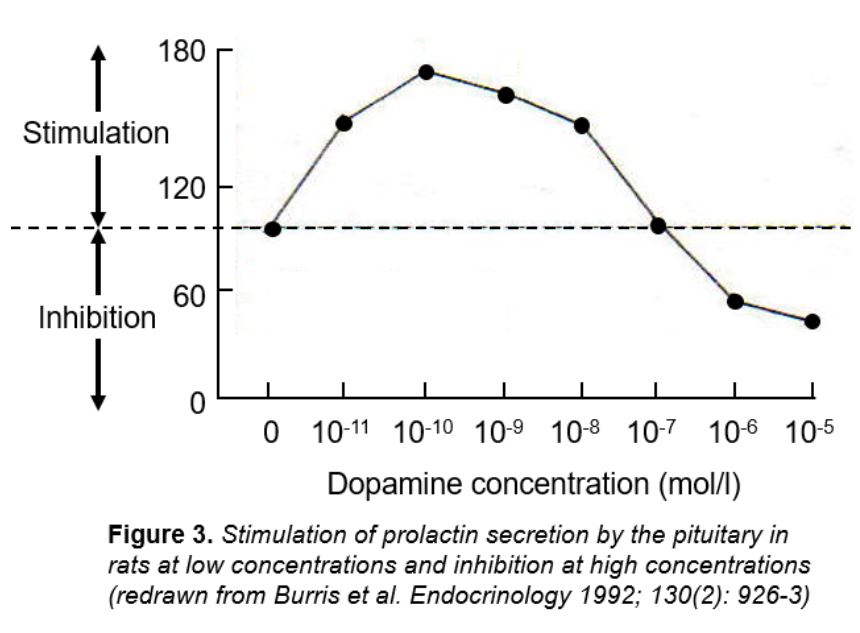