If doctors want to be a LGBT+ ally it’s time to go beyond kind words and take some action, says Duncan Jarvies 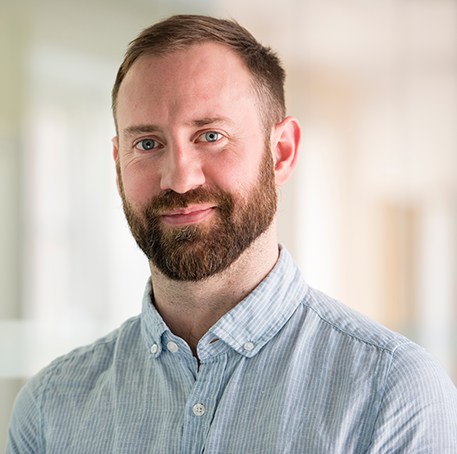 Women who go on to identify as LGBT+ are more likely to have a teenage pregnancy than hetrosexual women. Lesbian women have a higher asthma rate than straight women. We know that women have a longer life expectancy than men, and that heterosexual marriage seems to narrow that gap (married men live longer, married women less)—but what about two women who are married, or two men?

It turns out that there are a lot of things we don’t know, or don’t understand, about the health of LGBT+ people—but that’s not surprising given the dearth of attention that we have received. It’s probably worth pointing out here that HIV/AIDS is not equal to LGBT health.

Over my years at The BMJ, I’ve been invited to an inordinate number of conferences. In the past month alone, I’ve received 27 conference invitations for topics as broad as discussing how to ban the tools used in torture, to primary care in Manchester. But in all that time I’ve not seen a single one focused on the wider aspects of LGBT+ health. At least, that was until the Royal Society of Medicine stepped into the breach with Pride in Medicine—the first conference of its kind in the UK, where Catherine Meads spoke of the unexpected findings I opened this piece with.

Why has so little attention been paid to this group of people? Is it a lack of need? We’re don’t have basic epidemiological information, but what we do know points to the need for care. A recent systematic review and meta-analysis published in JAMA Pediatrics found that LGBT+ youths were 3.5 times more likely to attempt suicide than their straight counterparts. LGBT+ people are almost twice as likely to experience mental health problems. Smoking and drinking rates (and presumably the concomitant health problems) are higher in LGBT+ people. Researchers who modelled the effect of living surrounded by anti LGBT prejudice found that living in a high prejudice areas leads to a lower life expectancy of around 12 years for LGBT+ people. This all points clearly to an urgent and specific need, so why hasn’t it been addressed?

Is it because healthcare in the UK is institutionally homophobic? Certainly, there seem to be many individual staff who are: a recent Stonewall survey found that 23% of respondents had witnessed “negative remarks about LGBT people from healthcare staff while accessing services.”

One speaker at the conference, Mike Farquhar from the Evelina Children’s hospital, showed the results of some research carried out on doctors’ attitudes, including this doctor’s response:

Is it any wonder then that 16% of people accessing health services have had a negative experience because of their sexuality, and 38% because of their gender identity? Or that 14% of LGBT+ people have avoided treatment altogether, for fear of being faced with that discrimination?

Another explanation is that LGBT+ people are reticent about disclosing their gender or sexuality to any authority. It’s true that we now have equal ages of consent, and equal marriage in mainland Britain, but homosexuality wasn’t decriminalised in Scotland until 1981, or 1982 in Northern Ireland—which still outlaws same sex marriage.

The final piece of UK legislation allowing discrimination on the basis of sexuality was finally repealed in a bill in 2017. You might think that this was just an anachronism, but it sends a strong signal: don’t be complacent about your place in society.

(If you’re still unconvinced, I beg you to take 10 minutes to watch this).

I know that I’m reluctant to disclose my sexuality to my doctor; I’ve barely mentioned it in my work at The BMJ—this will be the first time I’ve put it in such an easily googleable form. That wasn’t a conscious decision, but an unconscious inhibition, one which I and the rest of the LGBT+ community need to be helped to overcome if we are to start collecting good data, and targeting proper interventions.

That help is now arriving. Michael Farquhar has set up the NHS rainbow badges, which have been mentioned elsewhere on our pages. They’re not there to liven up a dull uniform, but to signal to a reluctant patient that it’s OK to talk about their sexuality or gender identity. NHS trusts around the country sign up to a set of tenets that set out standards of conduct for badge wearers. I’m a cis white man, who’s in a pretty powerful position in the healthcare system, but I’d still choose the consultant who has one.

There’s also the fantastic work of the LGBT Foundation’s Pride in Practice programme, which is working in greater Manchester and London, but also branching out into Liverpool, Leeds, Essex, and West Yorkshire. Pride in Practice work with community services (GP practices, pharmacies, optometrists, and dentists) to make sure that those services are prepared for working with LGBT+people. They too have a visible signal of allyship, a poster which tells patients that they’re safe here.

There are 226 acute NHS trusts in England and 6993 GP practices. At the time of writing only 75 of those trusts have or are planning to launch their rainbow badges, and only 423 GP practices have Pride in Practice posters.

So, if you’re an ally—and despite the stats above, I believe that most doctors would like to think of themselves as one—it’s time to go beyond kind words and take some action.

Duncan Jarvies is multimedia editor at The BMJ.

For more information about the NHS rainbow badges, and the Pride in Practice schemes, including how to sign up: