This week I had the opportunity to interview Charlie Massey, the chief executive of the General Medical Council (GMC), for a BBC Radio 4 documentary on why doctors are leaving the NHS. It didn’t start well. I found myself on a train to Portsmouth instead of London having been up most of the night; proof that tired doctors do indeed make mistakes.

Generously Charlie did meet with me, some hour and a half late. I felt it was crucial that we acknowledge the impact that the blame culture has had on recruitment and retention.

I was surprised and encouraged, when Massey admitted publicly that the decision to take Hadiza Bawa-Garba to the High Court to have her erased from the medical register was wrong.

To me, this was an incredible acknowledgement from the GMC. But I have no doubt that doctors will be asking: why did it take so long? The Doctors’ Association UK (DAUK) was established in response to the GMC’s actions in the Bawa-Garba case. The very first action by the DAUK was to co-ordinate a letter signed by over 4500 doctors outlining why they believed the GMC’s decision to appeal the Medical Practitioners’ Tribunal Service (MPTS) verdict in Bawa-Garba’s case was wrong. This was all the way back in February 2018.

Since then DAUK, in conjunction with a number of organisations, have been campaigning to see this decision overturned. There was widespread relief when Bawa-Garba was returned to the medical register in August 2018. The Court of Appeal’s judgment was unequivocal, and doctors hoped this would be the start of a move towards a learn not blame culture across healthcare, and especially within the GMC, an organisation that promotes acknowledging and reflecting on one’s mistakes.

Unfortunately, it appeared to many that the GMC continued to try to justify an inexplicable decision that was responsible for an unprecedented breakdown in trust between doctors and their regulator. This was against a backdrop of doctors saying that as a direct consequence of the blame culture, they were practising more defensively, and were increasingly fearful of speaking up and of reflecting when things go wrong. Ultimately many doctors are considering leaving medicine as they feel that practising medicine in the UK has become too “high risk.”

But change takes time, and perhaps especially a change in culture. Still, the interview with Massey caught me off guard. Quickly it became clear that the tone had changed. There appeared to be genuine reflection on the part of the GMC, and it seemed that some real learning had taken place. In acknowledging the error of appealing the MPTS verdict in Bawa-Garba’s case, Massey also stated he had not appealed a single case since. This decision no longer resides with Massey as the registrar alone, and the GMC’s own regulator the PSA must be consulted (although the GMC will lose its right to appeal after the recommendations of the Williams Review were accepted by the Department of Health.)

The interview revealed some other key indicators of change, such as how the GMC are ensuring that they take into account systemic issues when determining a doctor’s fitness to practise, demonstrating a greater understanding of human factors. Indeed the GMC recognise that they have a much larger role to play in identifying unsafe working environments and ensuring safe staffing levels.

Clearly, there is more to do. The GMC will have to show that they are capable of real change to regain doctors’ trust. These words, although reassuring, must be translated into affirmative action.  For many, however, this will represent a crucial and long-awaiting first step in healing the damage done to the medical profession. 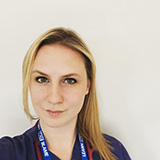 Samantha Batt-Rawden is a registrar in emergency and intensive care medicine and the Chair of The Doctors’ Association UK (DAUK).

Competing interests: Samantha Batt-Rawden founded DAUK and has continued to lobby for a just culture in healthcare through DAUK’s Learn Not Blame campaign. She is the Chair of The Doctors’ Association UK, an independent lobbying group who supported Dr Hadiza Bawa-Garba’s appeal against the GMC.