Over the last three years, my colleagues and I on the BMA junior doctors committee have been lobbying and negotiating hard for substantial additional investment and changes to the current junior doctor contract in England to make it fairer for them and in turn, to support better care for patients.

Since 2016 there has been much damage to rebuild, amid a dispute that saw junior doctors go on strike for the first time in a generation and a revised contract that divided junior doctors almost down the middle. A contract with many flaws was imposed on this invaluable part of the NHS workforce. There is no denying that the impact on junior doctor morale was catastrophic, as their day-to-day experience only became more intense.

It is therefore vitally important that we do more to ensure junior doctors feel supported in their professional careers and working lives, especially at a time when they are working harder than ever before to deliver care to the public in an NHS which is under-pressure.

During the negotiations with NHS Employers and the government, which formally began last August, the BMA has scored major victories for junior doctors. For example we have secured enhanced shared parental leave for trainees and extra funding for rest and fatigue facilities around the country, following worrying complaints about over-worked doctors sleeping on floors or being unable to recuperate during night shifts.

Now, junior doctors will be asked to vote on proposed improvements to their contract. The proposed deal contains other significant enhancements to further improve the pay, conditions and training opportunities for junior doctors across the NHS in England and are a result of a new collaborative, constructive negotiation process that has learned from the mistakes of the past. These talks used evidence-based working groups to explore issues with the input of external experts, and used only jointly agreed or commissioned data collected from members to inform discussions. This resulted in a more constructive and reasoned approach.

There is of course a great deal more that needs to be done and junior doctors will remain at the forefront of campaigns for a better funded, well-staffed, and publicly run health service. However, we believe these proposals—which include £90m worth of new investment, an additional 2 per cent pay rise every year for the next four years, increases to weekend pay and all shifts finishing after midnight, increased pay for senior trainees, £1,000 a year for less than full time trainees, extended pay protection, improved mileage, exception reporting extended to all educational ARCP requirements, improved contractual non-resident on-call and less than full-time rostering processes, extension and supernumerary status for GPs, as well as improved rest and safety entitlements—are a major step in the right direction for our workforce and our NHS.

It is crucial then that junior doctors in England have their say on the proposed new deal and use their votes in the upcoming referendum. If agreed, we will be working with NHS Employers and the Department of Health and Social Care for these changes to be implemented in England as soon as possible and have a process for negotiating on further areas of concern.

A yes vote guarantees these improvements for junior doctors, acceptance of the updated contract and ends the dispute. A no vote would mean these changes will not come into effect, no extra funding would be invested and we would remain on the 2016 imposed contract as it is now with the BMA remaining in dispute. 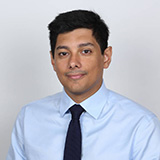