Australia now has a national scheme for regulating doctors, replacing the long-standing state-based schemes. Since the scheme began in 2010, many unsatisfactory elements have been identified. Most problematic has been the requirement for mandatory reporting of ill and possibly impaired doctors by the doctors treating them. This was sufficiently controversial for the parliament of the state of Western Australia to amend its own version of the national law to exempt treating doctors in Western Australia of this legal obligation.

Although it is a national scheme, it reports to Australia’s state and territory government health ministers and not to the Federal Government. In 2015 those ministers appointed a consultant to conduct an independent review of the scheme. He advised the health ministers that “the National Law be amended to reflect the same mandatory notification exemptions for treating practitioners established in the Western Australian law.”  The ministers rejected this clear advice and embarked on a further round of consultation. They wasted four years to conclude that only minor amendments were needed to the mandatory reporting provisions, thereby maintaining a regressive regime. For those interested in the use of language, one minor amendment was to alter the threshold for mandatory reporting from the existing ‘risk of substantial harm’ to a ‘substantial risk of harm’.  We and others have repeatedly advised health ministers (and here and here)  that mandatory reporting is contrary to the health and wellbeing of doctors and also contrary to the best interests of the community because it deters unwell doctors from seeking help.

The Australian parliamentary system is complex and made up of federal, state, and territory jurisdictions. The original 2010 National Law was first enacted by the Queensland State Parliament, chosen as it is the only jurisdiction without an upper house. This makes it a more expedient path for proposed laws which are subsequently adopted by the other states. Similarly the recent amendments to the national law went first to the Queensland Parliament. That Parliament sent the proposed amendments to a committee which also conducted a public consultation. The report of the committee is, in our view, bizarre. The report emphasised the widespread opposition to mandatory reporting by doctors yet the committee ignored these well-argued submissions. The report shows no understanding of the trust that is essential for an effective doctor-patient relationship and no appreciation of the conflicting demands that a treating doctor faces in balancing their duty of care to their patient with the legal duty of mandatory reporting.  The report naively puts its faith in a proposed education campaign that is somehow expected to help treating doctors handle this impossible dilemma. The Queensland Parliament has since passed these amendments thereby triggering the agreement that the other Australian states (except Western Australia) and territories will amend their version of the national law in line with Queensland.

It is deeply concerning to many that the Australian health ministers have refused to listen to the experts and others who have argued that the legal duty to report should be removed from the shoulders of treating doctors. No matter how much effort is put into qualifying that duty, the effect will remain the same: sick doctors will delay or avoid seeking help for fear of being reported and exposed to the stressful and stigmatising processes of the national regulator. Thus the national law will continue to have the perverse effect of increasing the risk to the community as an impaired doctor may delay seeking help and may continue to practise even when it may be unsafe for them to do so. The system fails our doctors by preventing them from receiving early and appropriate care, leading in some cases tragically to death by suicide.

We emphasise that mandatory reporting by treating doctors is a separate issue from the mandatory requirement for a medical professional, such as a colleague, employer or educator, who is not involved in a treating role, to report doctors who are placing patients at risk when practising while impaired or incapable for any reason. We also emphasise that the exemption to mandatory reporting for treating doctors which is already in place in Western Australia does not alter the ethical duty that every treating doctor has to report an impaired doctor who is continuing to practise against medical advice. This duty is well understood by Australia’s doctors but cannot be acted upon if doctors who are unwell never seek medical care. 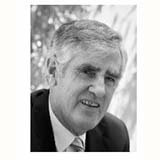 Kerry Breen is a retired physician, a past president of the Medical Practitioners Board of Victoria and past chair of the Board of the Victorian Doctors Health Program. He is an Adjunct Professor in the Department of Forensic Medicine at Monash University. 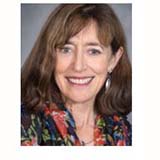 Conflicts of interest: None declared