I developed anorexia when I was 12. It was, as eating disorders tend to be, devastating—both in its immediate physical effects, and the wider impact on my life, family, and friends. Luckily, those around me spotted the problem quickly. My GP referred me for outpatient treatment. I had weekly appointments with a clinical psychologist, and regular check-ins with a nutritionist. Progress was slow, but steady. Over weeks and months, we broke down habits and thought patterns that were long ingrained. I gradually put on weight. And, about a year after starting treatment, I was discharged.

Early on in my treatment, my psychologist told me that I could make a full recovery from my eating disorder. I remember interrogating her—she didn’t mean a full recovery, did she? Just that I would be able to manage it day to day? But she was firm. There was every chance that I could go back to having a “normal” relationship with food and eating. Someday, she told me, my biggest food worry could be whether the milk in the fridge had gone off.

It seemed unthinkable. The idea of eating disorders (and mental health problems generally) being intractable is deeply ingrained in our culture. The stories we hear—in magazines, books, films and TV shows—major on the misery, the weight loss, the vomiting, and the impossibility of breaking the cycle. Even when we do hear stories of recovery, they tend to portray a fragile, faltering sort of recovery—achieved over decades, and carefully shielded, like a candle in a storm.

In truth, the picture is a little brighter than that. Beat, the eating disorders charity, estimates that 46% of people with anorexia and 45% of people with bulimia make a full recovery. Rates for EDNOS (eating disorder not otherwise specified) are even higher. Of all the possible outcomes of an eating disorder—recovery; improvement; no change; mortality—recovery is much the most likely.

I think that’s important message—one that often doesn’t make it to people with eating disorders, and those around them. One that certainly would have been influential for me. And that, in a nutshell, is why I decided to write a book.

The Year I Didn’t Eat is about Max, a 14-year-old boy in treatment for anorexia. Written for teenagers, it’s about what an eating disorder feels like—and, crucially, about what treatment and recovery feel like, too. I wanted to make recovery feel tangible and practical—a hard-won consequence of treatment, rather than an elusive Shangri-La. Something that can happen to anyone who has an eating disorder.

All fiction is really an attempt to put us inside someone else’s head. Through it, we come to understand them better, and maybe understand ourselves better, too. Fiction often has more power than fact here, because it reaches more people, and because it goes deeper and wider.

When it comes to mental health, this can be hugely powerful. A story can, of course, give us an insight into something we’ve never experienced. But it can also crystallise our own experience; we read something and think, “Yes, that’s exactly what it’s like.” Suddenly, we feel seen, and understood, and open to new possibilities—like the possibility of recovery. 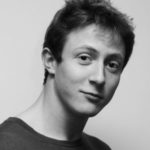 Samuel Pollen is a writer from Cheshire, who now lives in London. He tweets @samuel_pollen.

Competing interests: I am the author of the book mentioned in this piece, The Year I Didn’t Eat, and earn royalties on its sale.