The place where we grow up shapes us in all manner of ways. Some are immediately obvious—my Dad still speaks in a Lancashire accent despite moving away from Bolton over 50 years ago, when he was aged 18.  Others are more subtle—the Piccadilly line ran along the end of my childhood garden, connecting me with central London office jobs in my summer holidays.  While I do not miss the early morning wake-up call from the sound of the first train, my working life is built, in part, on the privilege of that early, easy transport connection.

At the Health Foundation, we have been considering how the place you grow up in shapes your health. While a large influence comes from the family a person is born into and their early years, the experiences that people have between the ages of 12 and 24, such as housing, work, and community, influence the wider determinants which contribute to good health. These experiences are often intrinsically rooted in where a person lives. Moving on from your parent’s home can be determined by rental prices in your area. Your first job is determined by what is available within the distance you can travel. Communities are often inherently rooted in places, grown through regular contact in joint spaces.

The accumulation of advantage, or disadvantage, is written on the body. We respond to our environment from our earliest days. Researchers have found that around half of allostatic load (the term used for the biomarkers that show wear and tear on the body and which predict health conditions and health status later on) accumulates before the age of 14.  It doesn’t matter whether or not a person’s circumstances improve or deteriorate in later life, they carry that existing allostatic load for the rest of their life.

This is the context in which we planned the Young people’s future health inquiry site visits. These were designed to get under the skin of particular areas and understand what was on offer to the young people there. Bradford is the UK’s youngest city, with nearly a quarter of residents being under 16 and over 40% under 30. It is not without challenges. The employment rate in Yorkshire and the Humber is below the England and UK averages.  Bradfordwas ranked 304 out of 324 local authority areas for schools by the Social Mobility Index in 2017, and was chosen as an Opportunity Area by the Department for Education in light of this. The Health Foundation chose Bradford, along with four other areas of the UK, as we wanted to explore the challenges that were facing Bradford and the ways that they were addressing them.

Working with Leaders Unlocked, we tasked 16 young people in Bradford with talking to their peers about the things which made Bradford great and not so great for them, but which would one day shape their future health. They ran 11 workshops, with their friends, in their schools and in youth groups across the city, engaging with more than 140 young people in the city. They showed us around their hometown, took us to the park where one of them went ghost-hunting, the roads where they ate out with friends and family, and the centre of town where they said anyone was welcome. They told us about what they wanted from the city, and what they hoped for the future.

We also got to meet the organisations that support them. We met teachers, council officials, voluntary sector organisations and others, all with a passion for making Bradford a better place for the young people that live there. Projects like Speakers Corner, a place where young women can come together, were praised by the young people who used them. Research and action coming out from the Born in Bradford study by Bradford Teaching Hospitals aims to take an evidence-based approach to improving health inequalities.

While it had lots of challenges, Bradford also had self-awareness, and an appetite for change.  As Shazia, one of the peer researchers, and a speaker at the Health Foundation’s annual event put it:

“The people of Bradford have a lot of pride and we have many different communities living together. There is vibrancy in these communities, but the city needs to unify to progress further in all fields. The young people of Bradford believe unity comes from open discussion, discussing our differences and coming together as a society to tackle the factors that affect us.”

I cannot emphasise it enough—the place that we grow up in matters. The long term health of a city and the opportunities available to its young people are inextricably intertwined. It is the responsibility of local leaders in the public, private and voluntary sector to make their place the best place it can be for the young people who live there. 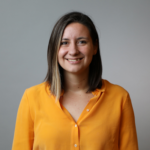 Martina Kane is policy and engagement manager for the Health Foundation

Keynote sessions from the event will be livestreamed and you can register now to watch them here.