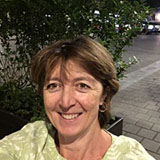 Regular readers of The BMJ will be aware that in 2018 the BMA formally agreed at its annual representative meeting that Brexit poses a major threat to the NHS and patients. The Royal College of Nursing has called on its members to support a second referendum on any final Brexit deal, warning that “a bad Brexit deal will jeopardise safe patient care.” Last month, “the doctor” magazine for BMA members outlined how “thousands of doctors who qualified in another European country have suffered crippling uncertainty”

In a recent BMJ Opinion piece Martin McKee referred to severe staff shortages, shortages of medicines, and a collapse in the number of clinical trials registered in the UK compared to France, which many doctors will be aware of. But most alarmingly of all, he referred to a leaked memo which showed concerns by NHS Executives that the government’s proposed post-Brexit immigration policy is the “most destructive policy proposal for NHS recruitment” with fears that it could force some hospitals to close “25 percent of services.”

What are we, as the medical profession, to do in the face of such serious threats to the future functioning of the NHS? Many people will be feeling jaded and weary after witnessing the debacle of our national politics over Brexit in recent months, and wonder how the UK can realistically be pulled back from the brink. Nevertheless we have to stand up and be counted on this issue, and the forthcoming European Elections on the 23rd May 2019 are an opportunity to do just that.

Theresa May did not expect to have to fight the European Elections and officially remains opposed to them being held at all. They will, however, be going ahead, and Nigel Farage and his Brexit party are currently charging forward in the opinion polls. The rhetoric of opposing all migration, including of skilled workers from the EU, is alarming. It charts a path we cannot afford to allow the country to go down without incurring severe damage to the NHS. There are of course many other reasons for opposing the Brexit party in these elections too.

In the West Midlands, former Conservative Secretary of State for Health, Stephen Dorrell is standing in the European Elections, alongside three female doctors, including me, out of a panel of seven candidates for the newly established Change UK. We have already been accused by pro-Brexit groups of being middle-aged and middle-class (we are!), but our panel is more diverse than that. We are three women doctors and a former Health Minister who care very passionately about the future of the NHS, enough to put aside political differences and stand together in campaigning to Remain in Europe and calling for a People’s Vote—the best way as we see it to protect our NHS.

As a UCL medical student in the 1980s I was unusual as I was involved in national Labour party politics. I chaired my local branch of Holborn and St Pancras Labour Party where my MP was the wonderful Frank Dobson. He is another passionate advocate for the NHS and former Secretary of State for Health, who followed Stephen Dorrell into the role after the 1997 general election. As a 21 year old medical student I was national secretary of Labour Students (NOLS) in the year when Michael Foot led the Labour Party to a general election defeat. He was pleased to have a medical student involved in his campaign and gave me a signed copy of his biography of Aneurin Bevan. I was lucky to have an enlightened Dean at UCL who did not throw me out as some advocated, but allowed me to come back to medical school after a year out to continue my training. I took my zeal for health politics and passionate commitment to the NHS into a career combining public health and general practice. Along the way, as a public health trainee in the Department of Health, I had to write a speech for Stephen Dorrell on workforce planning as part of the Calman review of higher training. With my political background, I never for a moment thought I would one day be campaigning with him on the same platform, but now I am very proud to be doing just that.

I urge The BMJ‘s readers to think about the European Elections, and what the outcome could mean in terms Brexit and its impact on the NHS. Ensure that you and your friends, colleagues and family, are registered to vote, and that you do exercise that right on 23 May, preferably for a party which unequivocally supports Britain remaining in the EU.

Charlotte Gath worked in public health and general practice in Warwickshire for the past 17 years, and is now standing as an MEP candidate in the West Midlands.

Competing interests: No financial interests. Standing as candidate for Change UK in the European Elections May 2019.