Troublesome symptoms from benign prostatic hypertrophy (BPH) are common. 5α-Reductase inhibitors (5αRI) are increasingly prescribed to alleviate these problems. Unfortunately, like many other treatments, 5αRI medicines have adverse effects that may modify clinicians enthusiasm to  prescribe these medicines. Clinicians aspire to do no harm and alleviating one condition while causing another important morbidity requires a careful evaluation of the benefits and risks. We now have to add increasing the risk of diabetes to the list of adverse effects caused by 5αRIs.

Our new research study, is the culmination of 20+ years of work which has turned full circle from an observation in humans, to studies in cells, to rodent studies and ultimately back to humans. Our story started with the unexpected observation of an overactive pathway of glucocorticoid metabolism by 5α-reduction in obese people. At that time the 5α-reductase enzyme system was relatively understudied in the field of glucocorticoid biochemistry, although it was well known to increase androgen activity by converting testosterone to the more potent dihydro-testosterone. We embarked on a series of preclinical studies in cells and rodents, where we manipulated 5α-reductase genetically and pharmacologically, which led us to propose that up-regulation of 5α-reductase activity in obesity is a protective mechanism, limiting exposure to glucocorticoids in tissues such as liver and adipose. [1,2] Conversely, given the adverse metabolic effects of excess glucocorticoids that are well recognised in Cushing’s Syndrome, we proposed that inhibition of 5α-reductase would cause insulin resistance. We tested this in an experimental medicine study in which the 5αRI dutasteride caused impaired insulin sensitivity in healthy men (Upreti et al J Clin Endocrinol Metab. 2014 Aug;99(8):E1397-406). This was supported by another group who showed that dutasteride also promoted liver fat accumulation (Hazelhurst et al, J Clin Endocrinol Metab. 2016 Jan;101(1):103-13).

In our newly published study, we tested whether the insulin resistance induced by 5αRI drugs causes an increased incidence of type 2 diabetes. Using a pharmacoepidemiological approach in two populations in the UK and Taiwan we showed that men taking dutasteride were ~30% more likely to be diagnosed with diabetes during follow up of 11 years. No randomised controlled trial could have been achieved on that scale.

There are two 5αRIs in the class. Finasteride, the first to be licenced, inhibits only the type 2 5α-reductase enzyme which is abundant in prostate tissue. To achieve further suppression of androgen action, e.g. in prostate cancer, dutasteride was developed to inhibit both type 1 and type 2 5α-reductase enzymes. Preclinical studies suggested that it was the type 1 enzyme that was important in metabolism (Dowman et al Endocrinology. 2013 Dec;154(12):4536-47). Accordingly, in our experimental medicine study we found that insulin sensitivity declined after 3 months of treatment with dutasteride, but not with finasteride. However, in the pharmacoepidemiology study both drugs led to an increased incidence of type 2 diabetes. Perhaps we shouldn’t have been surprised, as both enzymes are present in human liver and, with hindsight, there was a trend for an effect of finasteride in the experimental medicine study. The importance of findings which are not statistically ‘significant’ is a hot topic (https://www.nature.com/articles/d41586-019-00857-9?utm_source=fbk_nnc&utm_medium=social&utm_campaign=naturenews&sf209757610=1). However, this tale reinforces the need for caution when extrapolating from mouse to man as only the type 1 5α-reductase enzyme is present in mouse liver, whereas both are present in man, and the two drugs have different specificity in rodents versus humans.

Much angst was shed into the present study design, which can never be perfect. We faced the challenge of powering our study to include sufficient subjects with dutasteride, only recently available generically. This was overcome by international collaboration and replication, exploiting the opportunities of well-collated healthcare data. The other major challenge was the choice of a comparator group. An ideal design would have been to compare patients taking dutasteride and finasteride versus no treatment. However, in real-life patients with BPH symptoms cannot be left untreated over a 10-year period, so we used a group treated with the α-adrenoceptor tamsulosin. There are of course many other challenges in handling and analysing large healthcare datasets, including unmeasured risk factors. We highly valued the rigour of the manuscript review process which led us to appropriate reflection and caution in conveying the correct message on a drug safety issue.

So, for practical purposes, a male with BPH who takes an 5αRI has an increased risk of type 2 diabetes. We should more clearly  counsel him on diet and exercise in an attempt to mitigate this risk. If such a subject requires treatment with other medications that are also associated with diabetes risk, then our efforts need to be redoubled. Ultimately, we should strive to develop medications that are free from these deleterious unwanted effects. That would be progress! So…. back to the molecular level and basic science to achieve this! 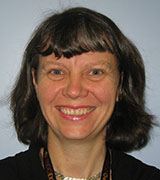 Ruth Andrew holds a personal chair of pharmaceutical endocrinology at the University of Edinburgh and is the director of the Edinburgh Clinical Research Facility Mass Spectrometry Core. 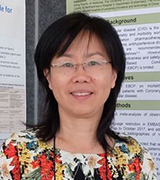 Li Wei is a medically qualified associate professor of epidemiology and medical statistics and the lead of the Pharmacoepidemiology and Medication Safety Research Cluster at UCL School of Pharmacy. 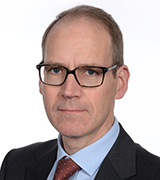 Brian Walker is an endocrinologist, and pro vice chancellor for research strategy and resources and chair of medicine at Newcastle University. He is also an honorary professor in Edinburgh Medical School. 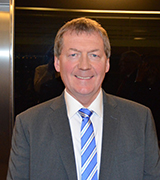 Tom MacDonald is professor of clinical pharmacology and pharmacoepidemiology at the University of Dundee. He is the director of the medicines monitoring unit (MEMO Research) and the Hypertension Research Centre (HRC) within the medical school at the university.