Simon Fleming discusses why he launched an anti-bullying campaign

I thought that writing a piece about launching an anti-bullying campaign would be easy. I thought that I’d say “I’ve never liked bullies”, which, for those who have heard me speak, is how I start my keynote on this title.

But actually, when asked to reflect on the real “why”, it seems like I can’t just say that I don’t like bullies. Of course, it is true, I have always hated bullies. It is also true that I was bullied at school for being, in no particular order, fat, Jewish, smart, not smart enough, confident and, probably the worst crime, outspoken.

Aside from some minor weight loss, not much has changed throughout my professional or personal life. I have never been one to sit quietly. In fact, one of the most common criticisms that my trainers have given me is, “You talk too much.” But, when or if I take this to heart and I am quiet, then I am instantly asked, “Are you ok?”

Similarly, I have never been able to stand by, while something isn’t right. In fact, the more I reflect on it, the more I have always accepted that, if I am going to be the guy with the bullseye on his chest, the one who always sticks his head above the parapet, I should at least try to do something positive when I do. I like to think that I try not to make noise for noise’s sake. I try, and always have, to make a difference, either as an ally, an advocate, a voice for change or a voice for the voiceless.

So then I began to contemplate my own privilege. Yes, I was and have been bullied, undermined, and harassed. Yes, I make a rod for my own back by behaving in a way that will attract the attention of just the kind of people that I am speaking out against. But I realised something else a long time ago; I cannot help being who I am. I cannot help that my education means I am able to debate and be eloquent and think critically. Just like I can’t help the colour of my skin, my gender, or my sexuality, all of which mean I have the opportunities and voice that many do not. For that matter, it means that I have not experienced a whole range of awful things that happen to people because of their race, gender, sexuality or a whole other range of reasons.

But interestingly, I have experienced some and see others. All the time. So, in the words of first Voltaire and later (and perhaps, more famously) Uncle Ben of Spider Man fame, “With great power, comes great responsibility.” Perhaps, a more modern “Flemingism” should simply be “With privilege comes responsibility”.

And so it was that I found myself in a position of both power and privilege—as British Orthopaedic Trainees Association (BOTA) president. And I had the upsetting, but not surprising bullying data from the BOTA census, years of data from the GMC and NHS Staff surveys, and more. I had the lived experience of me, my committee and my membership, which told me that the NHS had a problem. When, at the beginning of my “anti-bullying” journey, I reflected on nearly all the issues I was confronted with, in orthopaedics, in surgery, in the NHS, and in healthcare, the answer that kept coming up was “culture”. When you ask a medical student about which rotations they have enjoyed the most, or where they don’t want to go, their answers will cover a few themes, but culture always lies at the heart of it. When you look at why junior doctors leave after FY2 or don’t enter some specialties, the answer is culture.

The answer, therefore, to me, appeared abundantly clear. Not just as BOTA President, nor as a trainee, but simply as a person with a voice and the drive to speak for those who didn’t feel they could. For those who couldn’t see there was problem and simply needed it pointing out to them. To all those who wanted to make things better, for staff and for patients alike…there really was an obvious answer. To start a campaign to get people talking, make people aware of the cultural issues within the NHS, especially around bullying, undermining behaviour, and harassment.

The change has started. It’s going to take time and it’s not going to be easy, but we are talking about it and people, organisations, colleges and regulators alike are making it top of their agendas.

Disclaimer—changing the world for the better is something I would quite like to do, if it makes healthcare safer and kinder for staff and patients alike. Any mistakes (of which there are millions) have always and will always be mine and any wins are entirely down to the support and passion that is present in people, teams, and communities that support the work. I wouldn’t even be writing this without the help and encouragement of armies of people, far better and braver than I. 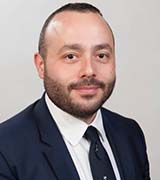 Simon Fleming is a trainee orthopaedic surgeon and PhD Candidate at Barts and the London School of Medicine and Dentistry. Twitter: @orthopodreg