Researchers are increasingly being encouraged to seek funding from industry sources to support their work, both by research councils and their own institutions. However, within fields such as obesity and public health nutrition different views around the perceived and actual conflict of interests created by working with industry, particularly organisations producing highly processed food and drinks, can divide researchers. [1] At one end of the continuum of opinion are those who consider that conducting research with food industry funding is a moral and ethical issue, and that those who work with food industry money have crossed a line, calling into question their integrity and that of their research. This view draws on evidence from systematic reviews suggesting that bias exists in the outcomes of industry funded research, casting doubt as to whether it is possible for industry-funded researchers to maintain their independence as well as the risk of inadvertently appearing to endorse the food industry and its practices. [2,3] At the other end of the continuum are those who consider sources of funding to be a practical issue on which researchers should be free to decide while retaining their professional integrity so long as the process is transparent, potential conflicts of interest declared, and all possible steps taken to reduce the risks of bias. My experience is that institutions (including some journals and universities) appear to be endorsing the latter stance, while many individual academics are treating it as the former. Does this matter?

I argue that this matters as the moral tone of the debate creates a climate of shame around people who do engage with industry, which drives discussion underground and risks losing dedicated researchers from the field. My own experience is a case in point: As an early career researcher I was invited by a senior colleague to be involved in an exciting international study exploring multiple determinants of childhood obesity using state-of-the-art techniques. The caveat was that it was funded by the Coca-Cola Foundation. My decision on whether or not to take part was informed by observing such arrangements as common practice among senior researchers, encouragement from my university, and on seeing research from similar funders published in leading journals. To ensure we retained the integrity of the research we established a contract assuring us of independence in all aspects of the study design, conduct and dissemination, and work started. My experience with this project was that we did indeed have full independence, and conducted and published the research in the same way as for any other study.

However, eight years on I now know to my cost that these should not have been my only considerations. While I was aware that others chose not to work with food industries, I was unprepared for the severity of the consequences that those with opposing views believed should follow if I did. I understood why academics with a common research aim but opposing views on funding may prefer not to collaborate, as I found to be the case, but it was harder to accept that this choice stemmed from the belief that having been funded by industry in the past others believe that there remains an unacceptable risk of bias for all my future research – whoever the funder. Some felt that I should never work in the obesity domain again, and others that, by association, I may risk the careers of students with whom I publish. To receive these judgements from respected peers, questioning my academic integrity and fitness to practice, was a profound and very nearly career-ending blow.

I would argue we can and should find a better way to tackle this challenge and facilitate an inclusive debate in a way that engages rather than divides researchers with a range of views. When moral judgement is the starting point there feels like nothing to be gained from discussion but feelings of shame and/or the need to defend, or still worse to entrench our views. Last year I took part in a very positive and thought-provoking meeting run by the Centre for Diet and Activity Research (CEDAR) to explore the potential for a consensus on this issue among public health nutrition researchers that managed to avoid this position. It involved researchers from high-, middle- and low-income countries including those who had built a career on industry funded research alongside those who would never consider it, and everyone in between. The outcomes are still in progress, but through participants being open to hearing different perspectives and reflecting on the degree to which each argument is based on evidence versus opinion, the meeting demonstrated that it is both possible and productive for academics with different perspectives to work constructively together towards the common aim of ensuring the integrity of the field as a whole.

Given that many researchers make decisions about what is acceptable early in their careers, often with some degree of chance as to where and with whom they start work, it seems that senior academics, universities and professional bodies should shoulder more responsibility in ensuring that researchers are well informed of all aspects of funding decisions before they commit one way or the other, and that they are fairly treated once they have. I certainly feel that I owe this to the next generation of PhD students and researchers coming through my department, but without a field-wide consensus on whether or not we should take industry funding, it is not a decision I feel that I or any supervisor should take for them. Working with industry funding unarguably involves taking a reputational risk, but there are examples of potentially valuable and ground-breaking research funded by the food industry that may otherwise never have happened, and poor research conducted with Research Council money. Judging the integrity of researchers on the basis of their conduct rather than solely their funder may help in retaining an open debate, avoid pushing out talented new researchers who start their career in industry-funded projects, and give us a better chance of tackling mounting societal problems like obesity with diminishing resources. 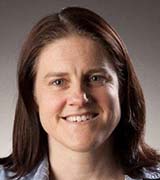 Competing interests: The author has read and understood BMJ policy on declaration of interests. FG has previously received grants from; MRC (NPRI), NIHR, The British Academy, and was a co-investigator on an international grant funded by the Coco-Cola Foundation from 2011-2014 (ISCOLE). She is a member of the UK Society of Behavioural Medicine, the British Psychological Society and an academic advisor to PHE for the National Child Measurement Programme Board.