On 8 March 2019 Lu Hiam and Martin McKee, referring to the most recent report from the Institute of Actuaries, said that we should not be surprised to discover that life expectancy in the UK has fallen by just over a year for both men and women since projections were made in 2015. [1] They explain that the Department of Health and Social Care described the early warning of the start of the deterioration in life expectancy as “a triumph of personal bias over research.” [1] The UK government and its agencies were not just failing to publish their internal monitoring of the situation; they were actively rubbishing the work of others. In such a political climate it is hardly surprising that the warning signs were ignored. The question this raises is why were competent, able, intelligent people at the heart of government choosing to ignore the statistics?

On 11 March 2019, Harriet Pike explained that the actuaries now saw the change as a “new trend rather than a blip.” [2] She explained that three months earlier, Public Health England, had considered the reasons and decided to give less prominence to cuts in health and social care spending. Instead they ”concluded that slowing improvements in heart disease and stroke, high winter mortality from flu in several recent years, the growth of dementia as a recorded cause of death, and more deaths from drug misuse among younger people have all played a part.”

What Public Health England (and by association the Department of Health and Social Care) fail to consider is why the rate of improvement in heart disease had slowed; why more people suffering a stroke are now dying than would have died if the previous improvement in care had continued; why mortality was higher than usual in winter when the recent winters were all (without exception) unusually warm. [3] Influenza as a substantial reason has been debunked. People who suffer dementia are now dying earlier than that group did before. This is almost certainly because care for people with dementia has worsened as austerity bites. [4] People’s families are less able to care for them in these austerity years [5]; and adult social services have been repeatedly decimated.

It is now too late for all those who have died. And it is probably too late for all those who will die early in 2019 and 2020. What we can now do is start to collate the evidence of why this huge mistake happened. On 12 February 2014, the deputy editor of the New Statesman, Helen Lewis, and I received an email from the Business Manager to the Chief Knowledge Officer of Public Health England.

I am writing on behalf of Professor John Newton, chief knowledge officer at Public Health England. The attached article written for the New Statesman contains a number of factual inaccuracies Professor Newton is keen to rectify. Hopefully we can arrange a time for Professor Newton to speak to you shortly.

There were no factual inaccuracies in the piece. I responded by putting online a fully referenced version of the article to which the business manager was responding. [6] That exchange took place over five years ago.

There will, at some point in the future, be a public inquiry into the events of 2014 to 2019, the years in which life expectancy fell in the UK. [7] What matters now is to keep the evidence safe. If you are working in public health make a record of the emails you receive, the unpublished internal documents that are relevant. Keep it all. That future inquiry will be used to learn the lessons that need to be learnt so this never happens again. 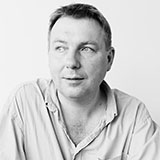 Danny Dorling is the Halford Mackinder professor of Geography, School of Geography and the Environment, University of Oxford
@DannyDorling
Competing interests: None declared

6 Dorling, D. Why are the old dying before their time? How austerity has affected mortality rates. New Statesman 2014, 7 February. http://www.dannydorling.org/?page_id=3970