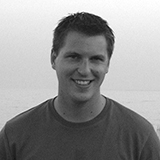 I still remember the first time I heard the haunting American sound of Michael Stipe, the lead singer of the band R.E.M. I was 10 years old when my dad tried to sing their confusing lyrics from “The Sidewinder Sleeps Tonight.” R.E.M.’s bittersweet combination of melancholy notes with lyrical storytelling spoke to me and has left me helpless ever since. Twenty-five years later, as I was driving back from the hospital, their song “Life and How to Live It” spoke to me again.

This 1985 song describes the bizarre life Brev Mekis, a resident from R.E.M.’s hometown Atlanta, Georgia. Brev lived in a large house divided in two by an internal wall with a single door allowing him to move from one side to the other. He would spend a few weeks living on one side of the wall, wearing certain clothes, reading certain books and eating certain food. He would then move to the other side, eat different food, wear different clothes and watch the television. He flip-flopped back and forth every few weeks until he died. After he died, the housing department cleared out his house and found hundreds of identical books, all neatly stacked in a large, tall cupboard. None of these had been read or even opened. Brev had written and published these books himself. The book was called ‘Life and How to Live it’.

Every time I step through the automatic sliding doors at my hospital entrance, I walk between two sides of my life. I wear different clothes, I eat different food, I read different books. I even wear different aftershave. Unlike Brev, each time I move back to the other side, I take a little baggage with me. When I started as a junior doctor, the two sides of my house were very different. The small amount of baggage I have been bringing back with me ever since has now left the two sides of my life more similar than different. Sometimes this is a good thing, sometimes not. How thick are the walls between your lives?

Matt Morgan is honorary senior research fellow at Cardiff University, consultant in intensive care medicine, Research and Development lead for Critical Care at University Hospital of Wales, and an editor of BMJ OnExamination. He is on twitter: @dr_mattmorgan

Read more in Matt’s first book, “Critical – science and stories from the brink of life.” Available to order now www.drmattmorgan.com.