The British government is overwhelmed by Brexit. Preparations and negotiations are consuming the bulk of many government departments’ time and attention, leaving them little scope to properly address other urgent policy matters. The prospect of a no-deal Brexit poses many risks to health in the UK.  Yet the consequences for health of the UK crashing out of the EU without a deal could be surpassed by the impacts of unmitigated climate change within decades if action is not taken urgently.

The UN climate talks have resulted in a partial deal on putting the 2015 Paris Climate Agreement into practice, but the world’s climate change policies have been deemed “inadequate” to address the scale of the risks climate change poses. As the 2018 report of the Lancet Countdown on Health and Climate Change states, “the form and pace of the world’s response to climate change will shape the health of nations for centuries to come.” The not-so-distant threats that climate change poses to health, and the major health and economic benefits of cutting greenhouse gas emissions, are comprehensively laid out in the Lancet report. A key message of the recent IPCC report is that climate change will already harm health at 1.5°C, but that this risk would be significantly greater at higher temperatures. The report also makes clear the need to cut emissions by half in the next 12 years in order to remain below 1.5°C of warming. As argued by Law and colleagues recently in The BMJ, rapidly reducing global emissions is therefore essential if we want to minimise the impacts of droughts, tropical storms, flooding, and extreme heat, and the health impacts they are likely to have, including by exacerbating poverty, malnutrition, and conflict. Yet these sobering projections were published with scarcely so much as an acknowledgment from government leaders.

Despite the rising evidence of impacts and the clear scientific consensus that urgent action is needed to avert dangerous levels of warming, current climate commitments are clearly inadequate to contain global temperature rises. China, Russia, and Canada’s policies would push the mean global temperatures up potentially by 5 degrees and the EU, often heralded as a world leader on climate change, has a policy that would still lead to 3.2 degrees of warming.

As argued recently by Martin McKee, the current state of the Brexit negotiations, and particularly a no-deal scenario, puts the health of UK populations at increased risk. There would be delays in medicines supply chains, it would exacerbate the NHS staffing crisis and undermine our ability to collaborate effectively with EU partners on matters such as medicines regulation. What has not been widely acknowledged is that Brexit is also likely to increase the UK’s vulnerability to the impacts of climate change. Many economic analyses suggest that Brexit is likely to exacerbate poverty and increase inequality in the UK, thus reducing capacity to adapt and increasing the health impacts of climate-related shocks such as flooding and climate-driven rises in food prices. Moreover, if collaboration with EU member states on health protection is weakened by Brexit—with several options for our future relationship with the European Centre for Disease Control (ECDC) likely to be less effective than retaining our current membership—the UK may be at greater risk from the spread of climate-sensitive infectious diseases.

We believe that healthcare professionals have a duty to protect the health of both current and future populations.

As junior health professionals, we will see these impacts increase during the course of our careers. We are deeply concerned by current climate projections and the scale of the risks to health, and feel that, given the urgency of climate mitigation, focusing so much on Brexit at the expense of other major policy challenges is a dangerous distraction. Healthcare professionals across the world need to use their voice and influence to ensure that our governments don’t leave it too late to safeguard health from climate change. Countries around the world need to drastically scale up climate action as a matter of urgency, and doctors are ideally placed to help build the movement to make governments act on climate change now. 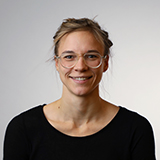 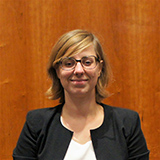 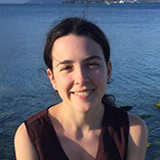