The millennium development goal framework is a blueprint for current and future policy, says Robert Marten

The millennium development goals (MDGs)—comprising eight goals, 18 targets, and 40 eight indicators—served as the overarching framework for global development efforts, as well as most global health activities, from 2001 until the target date of 2015. All the world’s countries and leading development institutions agreed to follow the MDGs to help meet the needs of the world’s poorest people. Often overlooked as a critical transformation for global health governance, the MDG framework transformed the then emergent field of global health. [1]

Global governance scholars have argued that the MDGs represented a “super norm” for the global development agenda, as they created a broad consensus on ending poverty as the overarching objective. [2] Similarly, they were a super norm for global health—they helped define, consolidate, and reflect a nascent normative global health agenda in the early 2000s, which largely continues today. Despite some initial challenges in uptake before 2005, strong political commitment, multilateral momentum, and global champions helped establish and institutionalise the MDGs and ensure progress, particularly between 2010 and 2015. [7]

The framework created research and civil society networks and helped policy makers and institutions focus global health efforts on reducing child mortality, improving maternal health, and combating HIV/AIDS, malaria, and other diseases (MDGs 4, 5, and 6). As a result, the global under 5 mortality rate fell from 90 to 43 deaths per 1000 live births between 1990 and 2015, the maternal mortality ratio declined by 45% worldwide, and new HIV infections fell by approximately 40% between 2000 and 2013, from an estimated 3.5 million cases to 2.1 million. [7] The MDG agenda also revolutionised the collection and measurement of health data.

The MDGs influenced the allocation of billions of dollars of development assistance and had an impact on millions of people’s lives. Moreover, they likely increased the overall amount of investment, especially for health. [3]

New institutions, like The Global Fund to Fight AIDS, Tuberculosis, and Malaria and GAVI, the Vaccine Alliance, provided huge financial commitments to global health and reflected the focus of the MDGs, which in turn shaped the focus of the emergent global health agenda. These global health partnerships also helped finance and deliver the MDGs. Despite being initially somewhat reluctant to commit to the MDGs, the US government made serious financial commitments aligned with the goals through the US President’s Emergency Plan for AIDS Relief (PEPFAR) and the President’s Malaria Initiative (PMI), among others. Later in 2010 UN secretary general Ban Ki-Moon initiated the Every Woman, Every Child campaign to continue progress to achieve the MDGs. By 2014 almost two-thirds of all official development assistance for health was directed towards the goals. [4]

At the same time, the MDG framework also presented challenges for global health. It “ignored the central role of health systems, overlooked emerging health concerns such as non-communicable diseases, injuries, and pollution, tended to exacerbate fragmented health systems by focusing on final health outcomes related to vertical programmes rather than on building integrated health systems, and at times contributed to inequities in health.” [5] Another challenge was that the emphasis on health metrics sometimes promoted an overly simplistic linear input-process outcome model for health, which was reductionist and ultimately created new challenges for equity and progress. More broadly, the MDGs strongly shaped which issues were considered and which issues were not considered part of the emergent global health agenda, preventing some important topics, like non-communicable diseases or environmental issues, from being considered. 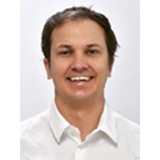 Robert Marten is based at the London School of Hygiene and Tropical Medicine.