Global health partnerships have had a disruptive, but largely positive, influence on global governance. But they are now facing pressure to change—should they stick to the specific causes for which they were established or take on a wider role in promoting healthy lives and wellbeing for all?

Global health partnerships are hybrid organisations in which private entities, civil society representatives, and, in some cases, communities affected by the targeted diseases have an equal say in decision making, alongside governments and international organisations. [1] Roll Back Malaria and Stop Tuberculosis started the trend, but the launch of Gavi, the Vaccine Alliance, in 2000 and the Global Fund to fight AIDS, TB, and Malaria in 2002 had the greatest effect.

Their influence is hard to dispute—an estimated 27 million lives have been saved by the Global Fund, halving the number of children missing out on vaccinations in Gavi supported countries. [2,3] The world’s sustained attention to the power of immunisation and the threat of AIDS, TB, and malaria owes a great deal to their advocacy. But how have they made global health governance what it is today?

They have increased the influence of civil society. Earmarked funding has made non-governmental organisations, civil society, and community organisations—and through them equity, gender, and rights—forces to be reckoned with. In addition, they have helped shape markets, reducing the cost of health commodities, although some argue they could have done more, particularly for vaccines. [4] But there is also the disruption that didn’t happen. The idea of creating hybrid funds was to attract more private finance into global health, but despite ventures into innovative financing, most funding for both partnerships still comes from governments.

Their focus on results—lives saved and deaths averted—has been widely influential. It is a major selling point for their own investors, but of more dubious value when adopted uncritically by organisations with a broader repertoire, such as the World Health Organization (WHO).

They have provided a new model welcomed by bilateral donors: major disbursements through single transactions, ample opportunities to claim credit for success, and political distance at the first hint of corruption. And they have changed the balance of power in the multilateral system. Established as financing instruments, the intention was that the global partnerships would depend on partners from the United Nations to support implementation. In practice the reverse is true. UN organisations like Unicef and WHO are increasingly dependent on Gavi and the Global Fund—a strategic risk not dissimilar to their dependence on polio funding.

Lastly, partnerships have often distorted national spending priorities, but this is arguably only because other areas of health remain substantially underfunded. In low income countries grants disbursed on time sometimes give health workers their first experience of actually implementing something they have had a hand in planning. They have contributed to fragmentation. But we mustn’t forget that most government contributors still run separate bilateral programmes, the UN Development System hardly operates as a seamless whole, and a growing number of new donors seek visibility and attribution. The real problem is that donor funding for global health incentivises competition over collaboration.

Looking to the future, partnerships are under pressure to change to support universal health coverage and achievement of the health sustainable development goals, to strengthen health systems, to promote domestic financing for health, to break down disease focused silos, and to avoid duplicative financial replenishments. Some would argue that this calls for greater breadth and consolidation, but this will be resisted by constituencies committed to sustaining the partnerships’ core mission. Multi-stakeholder governance—a key innovation—has brought many benefits, but it risks gridlock and immobility. The key question is whether innovative governance can facilitate long term strategic decision making or whether the availability of donor financing will once again be the deciding factor. It would be sadly ironic if the future of global partnerships was determined by one of the main problems that their founders sought to overcome—the vagaries of donor financing. The fate of repeated attempts to streamline decision making in the Global Fund do not give great cause for optimism. 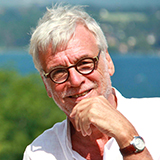 Andrew Cassels worked for the World Health Organization from 1998 to 2014. He is a senior fellow in the Global Health Centre at the Graduate Institute for International and Development Studies in Geneva and has established GH Associates, a consultancy firm.