Men have heart disease at higher rates than women, at all ages, and across the world. However, heart disease is the biggest killer of women in the UK and worldwide, and the leading cause of female disability adjusted life years in the UK and many other countries. Despite the excellent Go Red for Women campaign, which originated in the US, heart disease still remains relatively “under the radar” of women, their carers, and the funding of research on women’s health, globally.

The George Institute for Global Health has instigated a programme of research in sex and gender differences in non-communicable diseases. The major part of this, to date, has been concerned with heart disease. We have carried out several systematic reviews and meta-analyses of studies that published results from both women and men for the association between a given risk factor, such as smoking, and heart disease. The number of such studies, of decent size, is surprisingly small, but this work has suggested several instances of sex differences, to women’s disadvantage.

Meta-analyses are useful, but have the well recognised problem of heterogeneity, which compromises any general conclusions that can be drawn from them. Owing to typically extreme variation in disease rates (sometimes called “absolute risks”) between populations, meta-analyses are only useful for summarising relative risks, and their sex ratio. To study sex differences comprehensively, a large cohort of women and men, with a good proportion of each sex, is needed. The UK Biobank fits the bill nicely. Using this superb resource, we have shown that women have a greater relative risk of myocardial infarction associated with diabetes, smoking, and high blood pressure than men. For example, female current smokers have over three times the risk of myocardial infarction than women who have never smoked, whereas male smokers have over twice the risk of the disorder than never smokers. Why this difference should be the case is the next question to answer, and the UK Biobank is a great place in which we plan to seek answers. At least our current paper demonstrates that the sex effects in these three factors is unlikely to be merely a technical mathematical nicety, or due to sex differences in preventive cardiology overall, since other key risk factors, such as overweight or obesity, do not show a relative sex difference in the UK Biobank data.

What are the clinical implications? Here, we need to consider the absolute risks, and have to acknowledge the reviewers and editors of our first submission to The BMJ. They rightly curbed our enthusiasm for promoting the case for women as the underdog, which we had overblown; this illustrates the value of The BMJ’s review system. As this piece started out by saying, men are more likely than women to have a heart attack – and our paper shows that this is likely to be true in any sizeable subgroup of the UK population, while the overall male disadvantage is unlikely to change in the foreseeable future. All the same, there are several recent examples of women receiving inferior care to men, both in primary and secondary prevention of heart disease, and our results suggest that women with diabetes, with hypertension, and who smoke should be considered at a level of risk comparable to many men.

We hope that our work will inspire more analyses of sex/gender differences; in our view, research data should routinely be reported in a sex specific way, unless there is a very good reason not to do so. This will advantage both sexes. By putting women alongside men in our own analyses, we have contributed to the urgent need to raise the profile of heart disease in women. 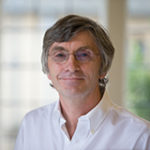 Mark Woodward is a statistician and epidemiologist, leading the women’s health programme at the George Institute for Global Health at the University of Oxford. 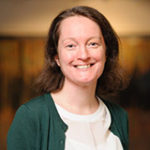 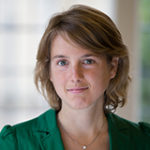 Sanne Peters is an epidemiologist whose research primarily focuses on women’s health and sex differences in the area of cardiovascular diseases and diabetes.