Childhood obesity is one of the greatest challenges facing our society as well as our NHS.

Approximately one in three children leaving primary school in England are overweight or obese, facing a future of an increased risk of disabling conditions including heart disease, stroke, cancer, and mental ill-health [1,2]. As with many chronic diseases obesity prevalence is inequitable; it is twice as prevalent in children from the most deprived areas, compared with the most affluent. [3]

In 2016, the UK Government published Chapter 1 of its Childhood Obesity Plan, largely centred on a targeted sugar reduction programme and the Soft Drinks Industry Levy. [4] Some critics said this plan did not go far enough. As Chief Medical Officer (CMO), I agree that it could have gone further. However, it was a bold first step.

When I meet foreign health ministers one of the first questions they often ask is; How did you do it? Just how did the UK introduce this levy? The answer is evidence, persistence, public support, and political will.

Chapter 1 was world leading. The innovative tiered approach to the Soft Drinks Industry Levy has already had a real impact. Approximately 50% of beverages reduced their sugar content before the Soft Drinks Industry Levy came into force. This type of approach is one of the most effective for behaviour change. [5] The sugar reduction programme resulted in cereals from one retailer reducing sugar content by 34%, however, the average reduction in foods commonly available to children fell below the 5% in year one target. [6]

Obesity is a complex condition, and its determinants are multi-faceted. As such, there is no single silver bullet and more interventions are needed.

The Foresight report in 2007 outlined that the environmental and behavioural drivers of obesity exist in a complex system, influenced by many factors that lie outside of individual control, or indeed the health sphere. [7]

Such drivers include social influences and the wider food system. We know that within the drivers of poor diet—the leading cause of obesity—availability and affordability of foods are influenced by agricultural and food systems. Here, incentives do not necessarily align with public health, with food markets that incentivise sales quantity rather than quality, and consumer choice which is influenced by imperfect information. [8]

The evidence base for interventions to tackle the determinants of obesity within this wider complex system, is evolving. Research to date has generally focused upon individual level interventions, rather than “upstream” comprehensive approaches that alter the environment and require low levels of personal agency. It is these upstream interventions that are generally more effective and progressive for health inequalities. [9,10]

Nutrition science is a relatively young discipline. While the first recorded controlled clinical trial in nutrition science dates back to 1747 when James Lind found Vitamin C in citrus fruits effectively prevented Scurvy, the last four decades has witnessed an explosion in chronic disease nutrition research. Preventing nutrient deficient diseases such as anaemia (iron) and rickets (vitamin D) requires a single nutrient solution. This initial approach to chronic diseases highlighted the importance of overall healthy dietary patterns, and that “substitution” matters. The evidence for chronic diseases is that diets high in fruits, non-starchy vegetables, whole grains and fish, and low in refined carbohydrates, salt, and added sugar are the most beneficial for health. [11]

The interventions now announced in Chapter 2—the next phase of the Childhood Obesity Plan, are more comprehensive and upstream in scope. They are based on the evolving evidence of the effectiveness of obesity interventions and nutrition science and past successes. This combination presents a strong foundation for a forward thinking, sustainable policy.

These interventions target unhealthy dietary patterns, and harness key lessons learned from the success in reducing tobacco consumption—tackling the 3 A’s; affordability, acceptability, and availability. Regulatory (mandatory) measures, such as the proposed restriction on multi-buy offers on unhealthy foods, tend to be the most effective and equitable interventions at the population level. For example, evaluation one year after implementation of the sugar sweetened beverage (SSB) tax in Mexico found a more than 60% greater effect upon SSB consumption in the groups at highest risk. [12] To understand and monitor the effects of the Soft Drinks Industry Levy upon the English population, the National Institute for Health Research has funded a wide-ranging evaluation.

The UK is leading the way in using regulation to disincentivise unhealthy food consumption. To tackle the doubling of obesity risk associated with exposure to advertising of food and drink high in fat, sugar, and salt, such products will be restricted at checkout aisles, and we think that introducing a watershed on advertising such products could help to redress the “obesogenic environment” and reduce “pester power.” [13] This would help children and parents to make the healthy choice the easy choice.

Many of these measures, coupled with restricting both free refills on unhealthy drinks and the sale of energy drinks to children, will begin to shift societal norms. While we must all take some responsibility for our own health, encouraging individuals to make healthier choices in an environment tilted in favour of unhealthy behaviours has not been effective. These proposed interventions are positive steps to shifting that balance. A recent evaluation of the “Daily Mile” found beneficial effects upon physical activity levels and body composition, painting a more positive picture of obesity prevention and healthy lifestyles rather than only “restricting and removing.” [14] Future efforts might look to incentivise healthy foods and behaviours through realigning incentives throughout the food supply chain.

Sustained policy commitment to tackling childhood obesity is essential. Almost 70 years after Doll and Hill’s seminal work on smoking, it remains a leading cause of premature deaths in England, the leading risk factor for disability adjusted life-years in women in England, and large inequalities persist. [15]

We must ensure sustained, evidence-informed action effectively tackles the multi-faceted determinants of obesity faster, and fairer, than our fight against smoking. 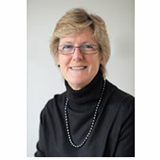 Jonathan Pearson-Stuttard is a public health registrar and is currently seconded to the Chief Medical Officer’s office as editor in chief of her next annual report.

Competing interests: Sally Davies is employed as a civil servant and is an independent medical adviser to the Government.

5. Norton Francis DM, Kim Rueben, The Urban Institute. The Pros and Cons of Taxing Sweetened Beverages Based on Sugar Content. 2016.

10. Adams J, Mytton O, White M, Monsivais P. Why Are Some Population Interventions for Diet and Obesity More Equitable and Effective Than Others? The Role of Individual Agency. PLoS Medicine 2016; 13(4): e1001990.