The Chinese government has signalled its commitment to ensuring the quality of clinical trials conducted in China. In 2015, the China Food and Drug Administration (CFDA) announced a plan to protect data integrity, requesting that trial applicants inspect their own data. The government also initiated inspections of research data by CFDA officials. This plan was not only limited to self-inspection by researchers. Instead, it provides a chance for researchers to withdraw applications to the CFDA without further punishment, or a time window in which to make amendments to the quality of the data. The CFDA conduct thorough inspections of the data when they re-apply. Due to strict regulatory supervision and high cost of breaking the law, deliberate data fraud is almost impossible.

Although many suggestions have been made as to how data accuracy can be improved further, we believe an independent platform for synchronizing and storing research-related source data is a key step to protecting the accuracy of trial data in China.

Source data verification (SDV), which checks the consistency of data recorded in the database with source data, is a key procedure for maintaining data accuracy in quality control and evaluating data integrity in CFDA’s on-site inspections. Previously, source data was primarily paper-based, which was problematic because: i) it could be systematically fabricated, either intentionally or unintentionally, and ii) it required manual transcription to an electronic database, which is resource heavy, and data accuracy still cannot be guaranteed. If all source data could be electronically recorded in the first step, the system could trace data generation in a timely manner and track modifications automatically. Further, it is easier to transmit data from an electronic database, which can prevent any errors generated from manual transcription.

A large majority of trial-related records are stored as electronic medical records (EMRs) which are generated from routine clinical practice, such as medical history, physical examination, and laboratory reports. However, in most hospitals in China, EMRs are largely segregated and not ready to share with external personnel due to the high sensitivity of data stored in EMRs (which includes patient information, drug prescriptions, and medical expenses). Only investigators from their own individual hospital are granted to access of EMRs. Most of the time, external trial-related personnel cannot do that, even for monitoring a trial. For these reasons, it is common practice to provide a printed and signed copy of EMRs for source data verification processes.

Some of the source data are not covered by EMRs. These are mostly generated during subjects’ follow-ups and collected by investigators’ inquiries or subjects’ self-reports, such as adverse events, concomitant medications, outcome assessments, and patient diaries. Formerly, these data were collected on paper. With advances in technology, several solutions have appeared that allow electronic data capture, storage, and transmission, such as eCRF (electronic case report forms), eCOA (electronic clinical outcome assessment) system, e-diaries and smart devices. However, these data are stored separately in various third-party vendors, making it logistically difficult to conduct source data verification.

There have been attempts to upgrade the EMRs according to the requirements of clinical trials by adding the elements of access authorization and audit trail functions. However, the results failed to satisfy the clinical trial needs. Because the EMRs are served for clinical practice rather than clinical research, the data cover only a part in clinical trials. More importantly, it is hard to reconcile hospitals’ concerns for patient privacy and researchers’ need for data transparency.

We believe that the most efficient, feasible solution to this problem is to set up an independent platform for electronic synchronizing and storing all research-related  source data. This platform could be primarily built and managed by hospitals, who would also be responsible for granting data access to research personnel and for determining the extent of data communication with EMR system, ensuring that only subjects’ trial-related data are synchronized and stored on the platform. In addition, this platform should also include a module for capturing follow-up data directly or synchronizing data from a separated follow-up system. All of the source data could thus be stored in one place. Further, these data could be further reorganized and reformatted according to data collection and storage standards (such as the CDISC standard) and information concerning patient privacy could be removed or masked. As a result, the data would be ready to share, which would facilitate direct data transmission with the common eCRFs or other sources of clinical trials. There are already some attempts in China to build such a platform. Several hospitals in Beijing, and Nanjing are currently in the process of designing a platform and a few more are considering it. Hospitals have been motivated to build the system, not only for clinical trials, but also to help their own doctors conduct their own clinical research or use of real world evidence for research purposes.

The implementation of this platform will not only protect trial data and ensure its accuracy, but also benefit the internal/external monitors and auditors, and the researchers themselves. Since all source data would be integrated electronically in one platform and system can ensure the data synchronized to the platform is consistent with EMR or other data source, both monitors from the research team and auditors from the regulatory authority, such as CFDA, will easily be able to perform source data verification remotely by accessing to the platform.

This more efficient and real-time monitoring will eliminate exhaustive manual work on-site and ensure better data quality and integrity. Further, under proper data treatment, this initiative will fill the gap between hospital EMRs and clinical trials or other clinical studies. As a result, real world evidence will be more accessible and the researchers could initiate their own clinical studies more productively with the platform. 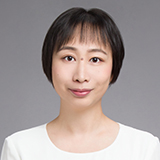 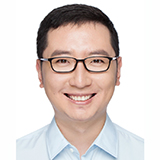 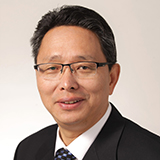