In China, since September 2017, a new policy is being enforced which threatens prison sentences for researchers who are found guilty of fabricating data in studies that have led to drug approvals. [1] In the context of the fight against corruption, bribery is seen as a felony, particularly if the bribe is large. The new policy clearly indicates how the existing anti-corruption law is to be applied in the field of new drug and medical devices registration. More specifically, if bribery is involved in data fraud with the aim of getting a beneficial outcome, then the perpetrators face life imprisonment or even the death penalty.

The Chinese government are demonstrating urgency and determination to fight against corruption. However, many people think that the highest level of punishment—the death penalty—is too harsh for data fabrication. To be clear, according to the new policy, being found guilty of data fabrication won’t result in the death penalty unless bribery was involved. We are not able to discuss the adequacy of sentencing between bribery and the death penalty. Instead we would like to analyse the potential causes of data fraud and discuss approaches that could help resolve the issue.

Different parties generate the data needed for drug registration; these parties include drug companies, Contract Research Organization (CROs), institutes, and clinical trialists. Ensuring the accuracy of data needs cooperation from everyone. The new policy will punish the person who provides fabricated data, however, prevention is much better than cure. The process of training and auditing is a two-pronged approach that could both help minimise misconduct.

Firstly, an accredited and continuous training programme for people involved in new drug development should be established. Basic training is necessary for both preclinical and clinical studies. Conducting a clinical trial is significantly different from clinical practice. Without training, clinical staff may not have sufficient knowledge about the design, implementation, reporting, and data analysis to meet the necessary standards.

Currently, there are many basic and continuous training programmes under the umbrella of new drug development, which are run by academic institutes or the private sector, but there is no system to appraise the quality of these training programmes. At the same time, there is no existing standard which could be used to judge whether people trained on these programmes are qualified to conduct clinical studies. Therefore, it is necessary to set up an official accreditation system, which can set the basic requirements for people involved in drug studies, assess the quality of training programmes, and issue certification for trained people who meet the requirements. In order to promote this concept and make it into reality, the China Food and Drug Administration (CFDA) could take the lead, and in the long run, an academic institute or association could take the responsibility to establish an official national accreditation system.

Secondly, an auditing system should be established to ensure the regulations and requirements for new drug development have been followed. The auditing team of the China Food and Drug Administration (CFDA) has played a very important role in checking the accuracy of drug trial data, which was demonstrated in the “Announcement on Performing Self Examination & Auditing of Drug Clinical Trial Data.” [2] In addition, each party in the preclinical and clinical stage of new drug development should set up its own auditing system to ensure that CFDA’s regulations and requirements are followed. Importantly, internal auditing should be a routine practice for every research group, thus ensuring that data is generated, recorded, analysed and reported correctly.  Ideally, an effective auditing system would make regulatory or punitive action by the CFDA unnecessary.

China has shown strong determination to protect drug trial data. In addition to existing laws, a two-pronged approach of training and accreditation should be in place. We admit that the approaches mentioned cannot be effective in reducing intentional data fraud because “You can’t wake a person who is pretending to be asleep.” We are not providing a panacea that can completely eliminate data fabrication in drug and device registration, but we believe these steps will form a comprehensive system to improve trial data accuracy in China. We also believe this system is useful for other countries. 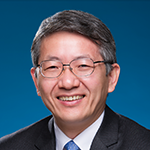 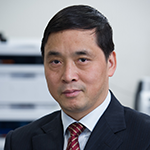 1.The interpretation of the application of the laws and regulations towards criminal cases on the data fraud in drugs and medical devices registrations [in Chinese].