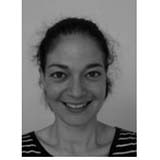 The global prevalence of myopia, or short sight, has risen rapidly in recent decades and has become one of the leading causes of visual disability worldwide. Early twin studies have suggested that myopia and refractive error are highly heritable, and recent genome wide association studies (GWAS) have identified about 100 genetic variants associated with myopia, axial length, or refractive error. Yet  these genetic variants account for only a small percentage of the variation in refractive error in the UK population, and because genetic changes happen too slowly to explain the rapid rise in myopia prevalence over the past two generations, environmental factors seem to have a far greater effect on myopia prevalence than genetics.

One obvious possibility, reflected in the popular belief that “reading in poor light damages your eyes,” is the association between myopia and time spent on near work (that is, activities done at short working distance such as reading and studying), and the “bookish child.” Myopia has been associated with higher levels of educational attainment for more than a century. But because observational studies cannot prove causality, it has been unknown whether exposure to more years in education causes myopia; whether children with myopia might be more intelligent or might spend more time on near work, leading to better educational outcomes; or whether associations with socioeconomic confounds lead to both myopia and higher levels of education.

Since randomised clinical trials exposing children to different levels of education are not ethical, an alternative way to investigate causal relationships in genetic epidemiology is mendelian randomisation (MR), a method that has been likened to a randomised controlled trial by genotype. MR is based on Mendel’s second law of independent assortment, and since genotypes are randomly allocated at conception from parents to their offspring, MR is robust to many of the confounds that can bias observational studies. Knowing which genetic variants are linked to higher educational outcomes, it becomes possible to determine whether individuals carrying more of these variants, and therefore likely to spend more time in education, are at greater risk of developing myopia. Similar analyses using genetic variants linked to myopia can be used to determine the influence of myopia on educational outcomes. When two large GWAS of education and myopia were published in 2016, and the genetic data of ~500,000 participants in the UK Biobank project were released together with information on their educational outcomes and measurements of refractive error soon afterwards in 2017, it became possible to use bidirectional MR to investigate the causal relationship between education and myopia with unprecedented statistical power. The results of our analyses, published in 2018, provided clear evidence that more time spent in education causes myopia.

Just how more time spent in education causes myopia remains to be determined, but clues from epidemiological studies and animal experiments suggest that exposure to natural light is protective. Large differences in ambient light exist between well-lit classrooms (500 lux) and bright sunlight (up to 120 000 lux), and very simply, those who spend more time in education might have less exposure to natural light. Surprisingly, an association between time spent reading and myopia is less consistently shown across studies than the protective effect of time spent outdoors. This evidence suggests that it is poor light rather than reading per se that damages your eyes, and has been one of the main drivers for recent investment in bright light classrooms to protect against myopia in southeast Asia. Whether these classrooms provide the same protection against myopia as spending more time spent outdoors has yet to be determined.

The results of our study reflect educational practices in the UK 50-70 years ago when participants in UK Biobank were still in education. With increasing urbanisation and our greater reliance on screen based technologies, we are now spending less time outdoors. Although reduced exposure to natural daylight might not be the sole mechanism to explain the causal association between education and myopia, based on the highest quality evidence currently available, the best recommendation is for children to spend more time outside. Given the advantages of time spent outdoors on mental health and the protection it provides against obesity and chronic diseases, we might all benefit from spending more time outside.

Denize Atan is a consultant senior lecturer at the University of Bristol and honorary consultant in neuro-ophthalmology at the Bristol Eye Hospital. She was lead for Equality, Diversity, and Inclusion at Bristol Medical School until 2018. Twitter: @DenizeAtan