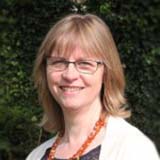 When I first talked to the late and much missed Rosamund Snow, The BMJ’s former patient editor, about my hopes that we could involve patients fully and as equal partners in the Cochrane Colloquium 2018, she was characteristically straight-talking in her response. We need to be clear, she said, about who we are asking and why; to have some ideas-challengers with real agency, and avoid “patient porn”—“where you have some poor person explaining how hard it is to be a patient, so everyone is kindly reminded of why they got into research in the first place”. She also told me about #PatientsIncluded, which provides a useful framework for involving patients in medical conferences. I listened, and we are now four months away from our #PatientsIncluded Colloquium.

It was from this vantage point, then, that I approached the recent #BMJdebate on Twitter about conference co-production. It feels astonishing, outrageous even, that this is in its infancy, but it does feel like we are coming at it as fairly early navigators, with useful, but primitive charts to guide us through unfamiliar waters. The debate highlighted four themes for me, which can be seen as both the rocks on which our good ship #PatientsIncluded might be wrecked and a map to help us avoid them. These are ideology, authentic involvement, demonstrating value, and economics.

We are setting out on our voyage of discovery unsure of the territory and with minimal knowledge of the problems we may encounter and the treasures we may find, but firm in the belief that it’s the right thing to do. Dariusz Galasinski suggested during the debate that, leaving other considerations aside, including patients is an ideological choice. I agree, but this is just the starting point for the considerable task of pulling off a #PatientsIncluded conference and ensuring it acts as a catalyst within our organization.

Mutiny is a risk, as some will resist the idea of co-production, or perhaps struggle with the realities of that. Cristin Lind found that “cultural expectations about what organizers think is expected, necessary, and appropriate” were the biggest hurdles to overcome. Making the Cochrane Colloquium a #PatientsIncluded event has added a whole layer of complexity and acts as a constant check on everything that we might otherwise have taken for granted. We are working hard to take our colleagues with us in this, and to bring about the considerable changes needed to be #PatientsIncluded while staying true to the purposes of the annual conference.

Ensuring authentic involvement of patients and carers in many aspects of conference planning and delivery feels relatively straightforward. Contributors to the Twitter debate agreed that enabling this, and from early in the process, is crucial, and had many examples of the kind of work patients undertake. A core group of twenty patients and carers have been helping us shape our conference from the start, including telling us what matters to them, from practical considerations to ways of making the event interesting and purposeful. All abstract submissions were required to include a statement about relevance to patients and every one has been reviewed by patients along with others. We are looking forward to the participation of patients as speakers and delegates, as members of our #BeyondTheRoom social media team and joining us online.

What’s more, some of the changes we are making, ostensibly to benefit patient participants, should improve the conference experience for many of us. Who doesn’t like clear, jargon-free communication, opportunities to learn through a variety of media, and ways to ask questions without having to address the room? Involving patients should influence the conversations, the topics and the ways in which we work. Their participation could be, as Dave deBronkart put it, “the ultimate reality check on ‘is it all working out, or just a nice idea?’” So although we are signed up to #PatientsIncluded because we believe this is the right thing to do, we also think it will make for a better event and, beyond it, improve Cochrane’s work of synthesizing and sharing health evidence.

But do we need to measure and demonstrate the value of involving patients? Isn’t this part of checking quality and impact, of understanding what works well and for whom, and perhaps what doesn’t? During the debate, we discussed whether evaluation might be important for attracting funding, and decided, maybe; but no clear answers were offered as to how this might be done, or even whether it’s really necessary.

There’s no doubt that money is a key issue in conference co-production. Remunerating patients is seen as important both symbolically and practically, while few are in a position to fund their own conference attendance. “Involved patient” Alies Maybee summed up her experience as “Tons of Work. No Pay. Too much”, while Dave deBronkart warned that if we believe patient voices make a better conference, but we fail to budget for them, “we’ve unwittingly chosen to do a worse event because it’s cheaper.”  Patients attending our planning meetings had travel arranged and paid for up front, and were given retail vouchers. Stipends have always been available to enable some patients to attend our Colloquia, but finding ways of increasing this funding remains difficult. Debate contributors felt that the cost should be borne by the organizers, but there is a knock-on effect of pushing up the ticket price for all. A suggested money-saving measure, cutting down on refreshments, runs counter to something patients have told us matters to them. It’s not easy to secure sponsorship, and some people raised concerns that external funding may come with strings attached.

Ideological choices have to be squared with the economic (and other) realities of delivering a conference, and measuring impact may be vital if co-production is to grow and improve. Maybe demonstrating its value would attract both support for the idea and the money to carry it off. Perhaps too, this is essential if we are to be clear where we’ve been and what we’ve found, and if others are to be encouraged to follow in our wake.

What I took away from the debate is that there are strongly-held views about the importance and value of involving patients fully and meaningfully in health conferences, but uncertainty about how this can best be achieved and the pitfalls avoided. My fear is that I may have led Cochrane to take a leap forward, only to be found wanting. My hope is that we will produce a real shift by bringing patients alongside us in this way, the legacy a significant change in this and future Cochrane Colloquia, and in new partnerships that will be started here.

Note: I have used “patients” but include in this patients, carers, and other healthcare consumers.