The European Medicines Agency (EMA) has recommended the suspension of hydroxyethyl starch (HES) solutions from the market—a cornerstone treatment for hypovolemia. Such a recommendation makes no sense, for it is predicated on an incorrect understanding of the evidence base that ignores fundamental physiological principles.

Here’s what everybody needs to know. All choices of fluid therapy—from colloids like HES, to normal saline (0.9% sodium chloride), albumin, and gelatins—carry risks, and two considerations are key to ensure their safe administration. Firstly, the correct type of fluid must be given for the particular indication. Secondly, an optimal amount of volume must be administered to avoid under- or over-hydration—both conditions which can cause harm. Figure 1 (below) outlines the principle.

The EMA’s recommendation to take HES off the market is based, largely, on its view that randomized trials have demonstrated HES is more harmful than crystalloids. But these trials (VISEP, CHEST, and 6S were all fundamentally flawed. Possibly due to the time needed to obtain informed consent, randomization happened hours after ICU admission (both VISEP and 6S trial were randomizing patients after sepsis had been diagnosed in the previous 24 hrs, in the two CHEST trial groups the time from ICU admission to randomization was 10.9±156 and 11.4±165 hrs, respectively), at a time when patients might have no longer been hypovolemic (e.g. in the CHEST trial at moment of inclusion MAP was 74/73 mmHg and the CVP 9.5/8.9 mmHg, in the 6S trial the CVP was 10 mmHg at baseline and 40% of patients in both groups had received between 500 ml and 1 L synthetic colloids prior to randomization, and in the VISEP trial patients had received a median of 2 liters of crystalloids and 850 ml of colloids in the preceding 12 hours). Thus the trials ended up administering HES to non-hypovolemic patients that should not have received HES in the first place. One would therefore expect HES to fail in these trials.

What EMA failed to appreciate is that in trials where HES was administered appropriately, i.e. early, to patients to normalize their depleted circulating volume due to hypovolemia, the FIRST and CRISTAL trials showed a clear benefit in outcome and the CRYSTMAS trial showed that the HES group required far less volume to be given to reach a similar outcome than the crystalloid group (see Figure 1).

One of us (TWLS) chaired an independent expert group called on by EMA for advice. This group advised EMA not to ban the use of HES. We explained the basic errors that the EMA had made in interpreting the trial data. But our advice was completely disregarded.

And it is not only us. Nineteen European Societies of Anesthesiology are also deeply concerned about the EMA’s “completely unfounded decision” to recommend a ban on a cornerstone fluid type used daily for treating hypovolemia in Europe—and have written an open letter making it known.

The VISEP, CHEST, and 6S trials did reveal one important point: fluids are being given arbitrarily to patients often in large amounts with no clear physiological or clinical rationale. The EMA should therefore redirect its concern towards promoting better education, not banning a specific type of fluid which may be useful under specific conditions. Indeed, if there is any fluid which deserves banning, it should be 0.9% NaCl for which there is convincing experimental and clinical evidence as to its adverse effects on kidney function.

The EMA’s recommendation was forwarded to the European Commission for a final decision on the matter, but earlier this month the EC sent the matter back to the EMA “for further consideration.” If the EC ultimately calls for a ban, we hope that the EMA will take responsibility for the serious changes this will have on clinical practice and vigilantly monitor the effects of changed fluid therapy practice. Such a change in practice will happen in our opinion, since taking out an important colloid such as HES used extensively in Europe for treating hypovolemia will inevitably result in an increased use of crystalloids and consequently to larger volumes of fluids being administered to patients, a condition known to be associated with adverse effects. EMA must report whether their directive concerning the use of HES, if implemented, will result in better patient care and not—as we fear—in more patient harm, especially in terms of renal injury.

Figure 1: A conceptual diagram of the different phases of fluid therapy (adapted from their respective volume status and the corresponding fluid recommendation. Indicated are the phases of fluid resuscitation during which the various HES trials were carried out. A benefit of administering HES was demonstrated in trials where colloids were correctly administered to hypovolemic patients. A limited or no benefit was seen when HES was given to normovolemic patients, i.e. after initial resuscitation, when the administration of colloids is contra-indicated. 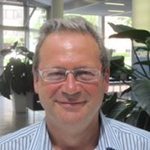 Can Ince is a clinical physiologist and staff member of the Department of Intensive Care of the Erasmus Medical Center Rotterdam. 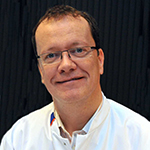