Viruses are not confined within borders, and with myths and pseudoscience gaining pace, the value of acting together is indisputable 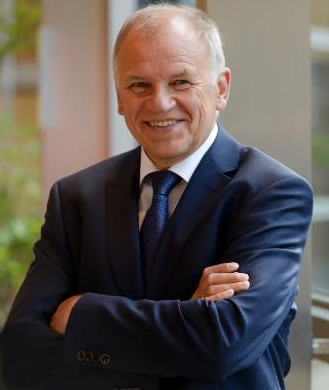 Vaccination is one of the greatest successes of public health of our time. Over the past 60 years, it has saved more children’s lives than any other medical intervention. Worldwide, vaccination prevents 2.7 million people from contracting measles, two million from getting neonatal tetanus, and one million from getting whooping cough every year. The younger generations have no firsthand memory of life before vaccines, but their grandparents remember. I personally know people who died from measles or who were affected by polio.

Yet despite vaccination’s strong track record, several EU and neighbouring countries are currently in the midst of unprecedented outbreaks of vaccine preventable diseases, due to insufficient vaccination coverage rates. Measles cases tripled in the EU between 2016 and 2017, and in the past two years, 50 people have died due to measles and two from diphtheria.

This is profoundly upsetting. As a medical doctor, I can only echo the sentiments expressed by President Juncker in his 2017 State of the Union speech and say that it is unacceptable in the 21st Century that children in the EU are dying of diseases that should have been eradicated from our soil long ago. The figures make it clear that no EU country can afford to take vaccination for granted. Given that vaccine preventable infectious diseases are not confined within national borders, and that one member state’s immunisation weakness puts at risk the health and security of citizens across the EU, the added value of acting together at EU level is indisputable.

To step up EU cooperation on this common challenge, on 26 April 2018 I put forward a policy initiative on vaccine preventable diseases. This is a call for joint action to increase vaccination coverage and to ensure that everyone in the EU has access to vaccination, thus bridging inequalities and gaps in immunisation. It recommends actions to address the key drivers of falling vaccination coverage in the EU.

For example, the impact of vaccine hesitancy on immunisation programmes is a growing concern. Myths and pseudoscience that proliferate through the internet and social media are gaining pace, and while there is no vaccine against fake news, our goal should be to identify and address the concerns of those who are legitimately seeking to better understand immunisation for themselves and their families. To this end, an important task for the commission will be to develop a web portal to address genuine concerns with clear, transparent, and verified data.

Vaccine hesitancy among healthcare workers is also a concern as they are our strongest asset to rebuild trust in immunisation programmes. It is therefore vital that we invest in their education, ensuring that the science behind vaccination is covered in the curricula of medical school across Europe, and that education continues after graduation so that healthcare workers can remain confident in giving vaccination advice.

Another challenge is the variation of vaccination policies and schedules between EU countries. This can be a particular obstacle to people who move between several EU countries during their lives. Different timings, number of doses, etc can cause confusion as to which vaccine to take and when. This can result in children not getting all the vaccines they need. Varying policies between countries can also lead to the perception that there are differences in opinion on the vaccines themselves. Therefore, a key recommendation for the commission and member states is to establish guidelines for a core EU vaccination schedule by 2020, and to strengthen the consistency between national and regional vaccination plans.

Vaccine shortages are also a major barrier, and as solidarity is a core EU value, we should prevent inequalities in access to vaccines between countries and regions by creating a virtual European data warehouse of vaccine needs and stocks. This would help member states in the case of manufacturing disruptions or extraordinary events. Additionally, we should also work together to develop options of a physical vaccine stockpile to be used in case of serious outbreaks. We also need new vaccines and to improve existing ones, and must work together to bolster EU and national vaccine research and development.

These are just a few of the actions suggested. With so many human lives at stake, we must all step up our efforts to increase vaccination rates across the EU. It is also clear that we cannot leave it with one or a few countries to solve the issue in isolation—viruses and bacteria travel and it is just a question of time when it becomes an EU wide problem. As we begin our renewed joint action, we count on the commitment of member states, regions, parents, and all our partners in the health, education, and research sectors to ensure that EU citizens of all nationalities and all ages benefit from the life saving gift of vaccination.

Vytenis Andriukaitis is the European commissioner for health and food safety.