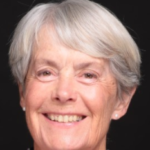 Rising deaths in neurological disorders may be associated with rising numbers of neurologists (making diagnoses). It fits with the belief that neurologists enjoy diagnosis, but not so much management. But this old chestnut does not apply to many common conditions like migraine, epilepsy, and Parkinson’s disease. And the potential of neurology to deliver on changing outcomes could go further if it was linked up to primary care. This is particularly true for epilepsy.

In 2011 we published a paper based on a large sample of routine general practice and national data which pointed to a rise in deaths in epilepsy. This finding is confirmed by Public Health England’s national data. We found that increased risk of death was associated with other risk factors routinely identifiable in general practice. Patients who have alcohol problems, who do not collect repeat prescriptions for anticonvulsant drugs, who have had recent injuries, or who had been treated for depression are at increased risk of death. Patients who are not seizure free over the prior 12 months are at a higher risk of death. The identification of this risk was possible because the Quality and Outcome Framework gave a limited amount of remuneration for GPs to create a register of people with epilepsy and record epilepsy control. In 2014 this was abandoned.

It could be resuscitated and risk-factors linked and stratified, just as they are for other conditions, like vascular disease. Most of these risks are manageable if health-carers work with patients. Depression requires identification, and can improve with antidepressants. However GPs may refrain from using them in epilepsy because of concerns about side-effects. Cognitive-behaviour therapy works for both depression and anxiety which commonly co-occur in poorly controlled epilepsy. Smithson et al demonstrated that GPs can identify people who have not adhered to epilepsy medication and discuss this with them. Depression, non-adherence, and poor epilepsy control can combine to create a vicious cycle. Not identified and/or not managed, they account in part for the nearly three times risk of death in deprived areas.

Paul Morrish rightly identified variation in death rates between areas as an opportunity to improve outcomes. Enter the neurologist. Many risk factors for epilepsy deaths are identifiable and treatable in primary care. But some deaths might be prevented by better neurological care, provided patients are given access to it. Examples of neurology input would include reassessment of diagnosis and drugs with changes in epilepsy medication, and some people referred for consideration of neurosurgery. [1] Shankar et al working in Cornwall, found that although a half of people with sudden death in epilepsy had seen their GP in the prior year, only 19% had seen a neurologist. Surely this is an opportunity lost? If neurologists are to contribute to improved outcomes, they must have access to patients at risk.

In order to achieve this, all neurology departments could appoint a neurologist with an interest in epilepsy and a willingness to engage with commissioners and primary care. The epilepsy-lead would provide guidance and support so that GPs identify patients at higher risk, which is amenable to better neurology care. The lead would devise a local strategy whereby referred patients are triaged to a nurse specialist, neurologist or other suitable expert.

In the past it seemed as if many district neurologists had closer relationships with their regional centre of excellence than with their local community. And without teaching and support, GPs felt unable to care for patients with common neurological problems, including epilepsy. Is it time to put our heads together and mind the gap?

Leone Ridsdale has worked as a GP and a neurologist, leading neurology teaching for medical students at King’s College London. Her research explores neurology-community connections, and how they can be improved.