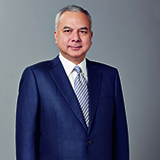 This speech was delivered at the opening ceremony of the Quality and Safety in Healthcare Conference in Kuala Lumpur, August 2017.

In the past, healthcare services in the region of Malaysia, as well as in the South East Asian region more broadly, were focussed mainly on combatting infectious and communicable diseases, and on the delivery of basic healthcare services, especially those concerned with maternal and child health. The success of these efforts can be seen in the considerable improvements in overall health outcomes across the region. These include significant reductions in infant and maternal mortality, and equally significant gains in life expectancy. In Malaysia, these are all now at levels comparable to those of the high-income countries.

These major population-wide health improvements are now under threat, however, from the growing epidemic of chronic non-communicable diseases or NCDs. Rates of NCDs, including heart disease, diabetes, respiratory illnesses, and cancers, have increased considerably across the region in recent decades. South East Asia now has the fastest rising NCD rates of anywhere in the world. From only around 40% in 1990, they now account for at least 60 to 70% of the death and disease burden in the region. [1]

This reflects a wider paradox, in which the marked improvements in health status experienced in many developing countries due in part to rising incomes and economic growth, are now being undermined by deteriorating diets and greater exposure to other NCD risk factors, as part of these same processes of development. Urbanization is a key aspect, being associated with various risk factors including stress, pollution, smoking, and poor diet.

Dietary risks represent the leading cause of the NCD burden in Malaysia, which reflects the high rates here of both diabetes and obesity. [2] The incidence of deaths associated with diabetes has increased by 20% over the past ten years alone. [3] A similarly high incidence of diabetes is also found in Singapore and Brunei, Malaysia’s most affluent neighbours. Diabetes rates are increasing everywhere, and have risen the most in the past 25 years amongst all the major causes of NCDs. But they are generally still higher in better-off countries, and among better-off sectors within middle and low-income countries, due to the particular lifestyle factors involved.

This is in contrast to obesity, which is more closely correlated with lower income levels, whether by population group or country. Obesity and overweight rates have doubled in Malaysia since the 1990s, and now exceed 40%. [4] High obesity rates are widespread in the region, and found in middle-income countries including Indonesia and Thailand, and in low income ones including Myanmar and Laos. [5] Smoking rates are also high in these same countries, with a startling three-quarters of all adult males in Indonesia smokers, and rates of above 40% in Malaysia, Thailand, and Vietnam. [6] Together with air pollution, this trend contributes to a heavy burden of lung and respiratory-related NCDs. Rates of lung cancer have risen by almost 30% here in Malaysia over the past 10 years. [7]

These behavioural trends are closely associated with the large and growing urban populations in many of these countries. More urbanised populations, with their greater exposure to processed food, tobacco, and alcohol, consume these unhealthy items in ever growing quantities. Advertising campaigns influence this behaviour, while the relative affordability and convenience of many processed foods for low-income families with limited time is another factor. Only one in ten urban households in Malaysia consumes the recommended amounts of vegetables and fruits, a good proxy for poor diet. [8] Similar patterns are observed across the region, along with greatly increased consumption of soft drinks and processed food.

Increased urbanization also contributes to higher levels of stress, due to modern work patterns, environmental factors such as pollution, and poverty. The impacts of stress are seen in high rates of hypertension, as well as in rising rates of mental health problems. In Malaysia these are second only to cardiovascular issues in the overall disease burden. [9] Depression makes up half of all mental health problems here, with males and the younger generation particularly vulnerable. Along with diabetes and obesity, rates of this type of NCD have also shot up here over the past decades. While only 10% of the population here reported mental health problems in the 1990s, nearly 30% are doing so today. [10]

Increasing rates of chronic disease are also of course associated with rising longevity as a result of life expectancy gains. This is partly why the overall incidence of NCDs continues to rise in higher income countries, despite more effective treatment and some successes in addressing various risk factors. The demographic changes resulting from increased life expectancy in this region mean that we will also have growing numbers of people who are living longer, but suffering from a wide range of chronic conditions. Rising rates of degenerative brain diseases already reflect this trend.

This dynamic is expected to be exacerbated further by elevated current levels of youth obesity, diabetes, and smoking in the region, as well as high rates of under-diagnosis. Even best case future scenarios, based on assumptions of positive policy impacts, suggest that these trends will only continue and intensify further. This underlines again the importance of far greater preparedness among the health systems of the region in order to be able to respond to the complex needs that this epidemic is creating. But it also points to the need to look more deeply at the underlying dynamics that are driving the risk factors in developing countries, including those associated with the development process itself.

The healthcare needs that are created by the rising incidence of NCDs require very different and far more complex responses than those of the past. The more traditional concerns of maternal and child health and the prevention and treatment of infectious diseases, delivered through community-based health clinics and practitioners, do still remain important of course. Dengue fever remains a major challenge across the region, as do potential outbreaks of viruses such as SARs or Zika. But responding more effectively to NCDs and their risk factors is now the major healthcare challenge for Malaysia and the region.

As the infrastructure and workforces of the countries of the region were not developed to provide the complex care that is required for the treatment and control of NCDs, a major transition has become necessary. The region’s primary health care systems were designed to administer vaccinations, deliver pre- and post-natal care, and provide dengue prevention and education, through networks of community health clinics. These now have to evolve into the far better equipped and more sophisticated systems that are required to deliver long-term acute and palliative care to growing numbers.

Despite the limited means available to fund this transformation, there has been some progress towards it across the region. Targeted NCD policies are now common, and healthcare systems are slowly undergoing modernisation. Here in Malaysia, we have made considerable investments in our healthcare sector. A national strategy for NCDs was introduced in 2010, [11] and more recent efforts have focussed on the upgrading and further expansion of our health infrastructure. This includes public and private hospitals, medical education and manufacturing of pharmaceuticals and equipment. We have also made significant progress in the area of quality and safety, with the establishment of a Patient Safety Council and introduction of information campaigns.

The major challenges that developing countries face in responding effectively to rising rates of NCDs, are increasingly being recognised. Recent progress in the development of more comprehensive and effective global strategies to address NCDs, now being implemented across the region, is very welcome. [12] This more integrated approach, which includes a greater focus on preventative measures, should gradually contribute to slowing the spread and lessening the impact of the epidemic.

But greater efforts must now also be focussed on addressing other aspects of the NCD epidemic. These include the substantial vested financial interests in the continued consumption of unhealthy products such as tobacco, alcohol, processed food, and soft drinks. These economic interests operate at both regional and global level. The manufacture of various of these consumables constitutes a leading sector in many, if not all, of the region’s economies. This makes it far more difficult for governments even to consider introducing policies aimed at reducing demand for them.

There are also of course considerable global financial interests invested in the continued consumption of the products that contribute to the NCD epidemic. Multi-national companies have increasingly targeted developing countries, driven in part by the growing restrictions in their developed country bases. These same regulatory efforts have, however, played a key role in reducing rates of smoking and even obesity in some developed countries. This has generally been in combination with concerted and well-designed public information campaigns.

Such an approach must now become part of more fully integrated strategies in this part of the world as well, including greater regulation as part of prevention. Although these aspects of the NCD epidemic are perhaps more difficult to address than some of the more purely health-related ones, and they certainly go beyond the usual purview of the health sector, they must also be tackled if the trend is to be brought under control.

The Sultan of Perak is the Deputy King of Malaysia. He has a MPA and PhD from Harvard University.

His speech was delivered at the BMJ IHI International Forum on Quality and Safety in Healthcare.

8 WHO Malaysia, Ministry of Health National Survey for Health and Morbidity (NSHM) 2015

[12] WHO ‘Global Action Plan for the Prevention and Control of Noncommunicable Diseases’ (2013) www.who.int/nmh/publications/ncd-action-plan/