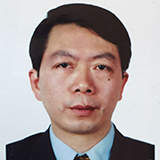 In the early morning of 20 June 2017, a car crashed into the door of Shanghai Mental Health Centre. The reaction in the press and on social media have highlighted the widespread stigma against people with mental health problems in China. The driver was found not to have taken any alcohol or drugs and the accident is believed to have been a random driving incident. However commentators joked that this was the fast track route into the hospital and suggested that the driver had mental health problems. This was exacerbated because the car accident happened in front of a mental health centre. It would not have provoked such a response if the car accident had happened in front of a general hospital or other specialized hospitals, which reflects the discrimination against people with mental health conditions in China.

The Shanghai Mental Health Centre, is located at No.600 South Wanping Road. For a long time, “Just came out of No.600” has been used as a phrase to refer to people with mental health problems. In China psychiatric hospitals have always been tagged with mysterious and horrific labels. There is still strong discrimination against individuals with mental health problems. What is hidden behind the insensitive jokes and inappropriate comments is a sense of shame towards mental illnesses. People feel unable to discuss it openly. There are also deep rooted cultural reasons for this discrimination.

Take Shanghai as an example, it is known around the world for its inclusive and diverse cultural characteristics. Shanghai Mental Health Centre is the best and the most representative psychiatric hospital in this city. Shanghai is a city with strong foreign influences. Do its residents not understand the importance of mental health? They certainly do. However, all this is yet to conquer the “moral condemnation” that has formed in the country’s cultural history over thousands of years. We need to address the gap between the people’s misconceptions and judgements and their strong social needs. This will require efforts from the government, social mediators, and many others.

Firstly, we need to legislate. Mental illness ranks the first amongst all diseases in China, and accounts for approximately 20% of all illness. The “Mental Health Law of the People’s Republic of China” was formally implemented on 1 May 2013 under this context. It clearly states that the dignity, personal and property security of patients with mental disorders cannot be violated. We must educate people about this.

Secondly, we need to reshape the humanistic spirit of medicine. In Chinese society, there is a lack of trust between doctors and patients. This is caused by a lack of medical humanistic spirit, which harms not only the image of medical staff, but also the common interests of both parties. The well known saying by Edward Trudeau, “Sometimes to cure, often to help, always to comfort” is very famous in the Chinese medical profession. However, medical humanities have not been taught or practised alongside clinical treatment. Psychiatrists need to demonstrate this professional quality more than anyone else. When psychiatric patients come to the clinic bearing heavy discrimination from their culture, it is vital that psychiatrists are able to protect and cherish the patients’ dignity, value, and life. During China’s current medical reformation, one of the very important missions is to regain a humanistic spirit in the medical field. If the image of medical staff can be changed and trust between doctors and patients rebuilt, then together we will be able to diminish the stigma that our patients face.

Finally, we need to “heal” our culture. The mass media plays a decisive role in directing social culture, and should show respect to the mental health patients. It should promote understanding and guide society to treat patients with equal respect. Psychiatric hospitals and doctors should be more actively involved and appear more in public discussions on the topic to lessen the mysterious and fearful image of mental hospitals, while giving the public professional guidance and support to eliminate prejudice. The Chinese media and mental health personnel need to work together to popularise knowledge, promote education, and create a culture that takes a correct understanding towards mental illness.

China’s psychiatry is facing opportunities and challenges during the current medical reform. As a Chinese psychiatrist, I recommend that the government acts through social security, legislation, and many other aspects to lessen the deep-rooted embarrassment and shame towards mental illness in Chinese society. It is understood that there is still a long way to go to fully eliminate this prejudice in society and the stigma in patients, but No. 600 South Wanping Road will always welcome and encourage all people who seek to improve their mental health.