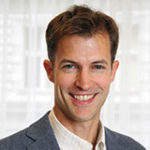 Newborn screening programmes for a set of disease biomarkers are mandatory in many countries of the world in order to detect inborn errors early on and to avoid disabilities in or the premature death of otherwise healthy babies. The conditions selected for newborn screening depend on defined criteria that include incidence, morbidity and mortality, the improvement of the prognosis upon early detection and treatment, the difficulty of detection at birth during a routine physical examination, and the existence of both a sensitive, specific, and cost-effective test. [1,2] Next generation sequencing tools, including whole exome or whole genome sequencing (WES or WGS), are able to detect genetic diseases such as primary immunodeficiencies rapidly, but diagnostic workup is typically only initiated when symptoms appear or index cases are identified in the patient’s family. [3,4]

However, some experts predict that it will become feasible and affordable to perform population-wide newborn whole genome sequencing in the near future. [5,6] There are at least three issues related to baby genome screening that directly conflict with our Hippocratic duty to protect patients:

1) Overdiagnosis, data quality, and interpretation. The ethical guidelines and counseling capacities that we currently use for newborn screening programmes were not designed to meet the additional challenges of newborn genome screening. [5] While whole genome sequencing would potentially reveal certain insights that would have prophylactic and therapeutic impacts, it would throw a large number of individuals and their physicians into confusion when attempting to interpret the consequences of newly discovered traits. Unlike population-wide public health programmes, such as vaccination programmes that target infectious threats or biomarkers of active diseases, only a minor fraction of data derived from undirected whole genome sequencing would be concrete or actionable. [7] With the major proportion of genomic information yet to be elucidated, there is insufficient information for people to make valid “informed” decisions about whether the genomes of their children should be analyzed for screening purposes. And even if eventually performed, it remains unclear to whom a responsible person should disclose the results of whole genome sequencing, at what depth, at which time point, and whether that should depend on the potential medical and psychosocial consequences. A solution to this could be to consider targeted screening of disease-causing genes of known “actionable” inborn errors. This would require clear protection to ensure that only variants in these genes would be reported.

2) Privacy and protection of health-related electronic data. Although any medical data needs to be safely secured, individual genetic information is among the most critical. The scale of potential abuse of genomic information is worse than that of single health parameter, e.g. infection markers (HIV or hepatitis) because of the multitude of information about a patient’s health risks that genome data contain. Performing whole genome sequencing as part of newborn screening would require significant data protection reinforcement. Because neither public agencies nor private companies are entirely safe from hacking, risks of irreversible damage to personal integrity based on genetic discrimination could arise. One could envision even discounts on insurances or mortgages if genomic information is voluntarily disclosed—or the opposite.

3) Eugenics per se, and the determination of who is allowed to live. Eugenics—aims and measures to improve the gene pool of a population—is condemned. For this reason, current legislatures strongly oppose eugenics in many countries. Certain parents will prefer to receive relevant information from prenatal diagnosis (by conventional genetic analyses or whole genome sequencing) in time to elect for an abortion or become aware of inheritable traits with negative consequences prior to conception, being justified especially if a family history of certain diseases or specific health risks are present. But we must critically inquire whether it is generally appropriate to perform genome screening without confirmed individual reason. Although separate from therapeutic germline or somatic gene editing for specific inborn errors, availability of population-wide whole genome sequencing data might gain momentum and inevitably pave the way to an unprecedented new type of eugenics.

Therefore, physicians, geneticists, and politicians must critically evaluate whether collecting and storing data that are neither interpretable nor “actionable” from asymptomatic individuals with unremarkable family histories is really in accordance with the Hippocratic Oath, or whether it could lead to genetic discrimination and next generation eugenics.

Acknowledgements: The author thanks M. Speicher, Medical University Graz, and J. Puck, University of San Francisco, for fruitful discussion of the topic.

Conflict of Interest: None declared.