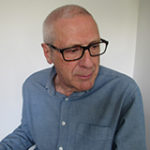 Late last year, retired consultant surgeon David Baxter-Smith faced General Medical Council allegations of impaired fitness to practice due to misconduct, a heavy blow for someone at the end of an acknowledged, unblemished, and highly regarded career.

While misconduct in the professional sense has not been precisely defined, senior judges have used words such as “deplorable,” “disgraceful,” and “dishonourable.” So what was it that Baxter-Smith had done that his peers might reasonably use such epithets, especially when the tribunal hearing of his case stated it received no evidence that his activities posed a risk to the public, rather the reverse, nor that he was other than highly competent.

Mr Baxter-Smith had retired from the NHS in 2005 and ceased private surgical practice in 2013. During his career he had become increasingly concerned about the number of men he saw with prostate cancer with disease too advanced for hope of long-term survival. He founded a support network for local patients and families, which in time became a charity dedicated to raising awareness about the disease. He had given more than 750 presentations at public events, the charity had disseminated literature for people to read, and over 66,000 men had taken up its offer to arrange and pay for Prostate Specific Antigen (PSA) testing. When the results came back, Baxter-Smith provided feedback to individuals through proforma letters which might advise contacting the recipient’s GP or further tests or monitoring. He received no payment.

Many might think this public health effort commendable, but not the GMC which appears to have considered reasonable and competent practitioners would regard it as disgraceful, dishonourable or deplorable.

After six days of evidence and submissions, the Medical Practitioners Tribunal hearing the case found five of the twelve allegations proved, namely that Baxter-Smith had been medical adviser to the charities; did not hold a license to practise at the time; by describing himself as a consultant urologist suggested that he was licenced; informed men of test results and what to do next; and had written to a particular patient seeking feedback.

Despite these factual findings, the Tribunal decided there had been no misconduct. In a determination highly critical of the GMC, it referred to that body’s e-mail in response to Mr Baxter-Smith’s original enquiry about what relinquishing his licence implied as “almost valueless.” All the GMC had told him was: “You are not permitted to undertake any form of medical practice within the UK for which a license to practise with the GMC is required.”

It found any trespass by the surgeon, far from disgraceful, dishonourable or deplorable, was “inadvertent and unintentional” and “done in the absence of clear guidance from your regulator.” The purpose of the licence, being up to date and safe had not been frustrated. Nine months of emotional and financial expenditure ended in dismissal of the GMC’s case for impairment.

The nub of this misbegotten case was what is a doctor permitted to do who has chosen to remain on the medical register but no longer holds a licence, the position of many who have recently retired. The obvious answer might be, ask the GMC, which Mr Baxter-Smith did, twice.

The problem for doctors is that the GMC appears not to know quite what its licence permits or forbids. On its website, it tells practitioners without a licence that they cannot perform “any duties of a physician, surgeon or any other medical officer, prescribe prescription only medicines, sign death and other certificates and assess mental health and recommend compulsory treatment.” That’s it. Statute and case law are silent and, in any case, all of these restrictions existed for those on the register before licensing was invented.

Is there a message for the thousands who have ceased clinical work, but who contribute to medical journalism, advise NHS bodies, or undertake voluntary or charitable work where their professional knowledge is valued, yet have either no inclination or no pathway through which to revalidate? Yes—add the term “retired” or “former” to your business card and headed notepaper; place a disclaimer on any charitable publication to which you contribute, inform instructing solicitors of your status; and if anyone asks you what to do about their bad cold, tell them to ask their GP because he has been revalidated so is competent enough to answer.

The message to the GMC is if you don’t know what a licence to practice permits, seek changes to the Medical Act rather than harassing highly regarded competent experts performing a public service while hoping a Tribunal, which neither makes the law nor provides a precedent, will give you the answer you want. It would also do well to act on the words of its chairman, Professor Terence Stephenson, who stated in his 2017 New Year message to registrants [under the heading Lightening Our Touch] that: “Although regulation provides public assurance that the profession is safe, I am clear that the GMC must continue to question the burden regulation creates for those being regulated.”

Harvey Marcovitch has retired from consultant NHS practice, was previously a journal editor for BMJ and Royal Society of Medicine Press and is currently editor of Black’s Medical Dictionary and a member of the Confidentiality Advisory Group of the Health Research Authority. When he had a licence to practice he chaired GMC Fitness to Practice Panels and Medical Practitioners Tribunal Service hearings.

Competing interests: Until 15 months ago I received fees as a chairman of tribunals from the Medical Practitioners Tribunal Service. I am a charity trustee and sit on advisory and editorial boards where my previous experience as a clinician was a major reason for being appointed.