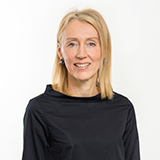 For busy clinicians the general election may seem a superficial distraction. But is it? While not all political parties have published their manifestos yet, we’ve had clues from speeches and leaks. How might the main parties address the three biggest challenges: funding; staffing; and improving the quality of care?

On funding growth, the decade to 2020 will be the most austere in the history of the NHS. Demand is rising roughly 4% per year, but NHS funding is rising only about 1% with the real squeeze (negative real per capita growth) planned for 2018/19 and 2019/20. The previous government made cuts in adult social care, with around half a million fewer people receiving publicly funded social care now compared to five years ago. Funding for social care is now increasing, but pressures (in terms of costs and demand) are rising at twice the rate and by 2019/20 there will be a funding gap of at least £2.1bn (2017/18 prices). If the next government were to meet demand and cost pressures for healthcare, the NHS budget would need to be £30bn higher by 2022/23 in real terms. [1]

The evidence of the current funding squeeze is everywhere. The House of Lords’ Select Committee on NHS sustainability reported that unless funding growth after 2020/21 rises to at least match GDP growth then services will deteriorate.

The Labour party’s manifesto pledge to invest over £30bn in the English NHS would result in an immediate £7.4bn upfront cash boost for the health service, which would include an extra £2bn a year for capital investment. For the rest of this decade, Labour’s proposals for NHS funding would amount to an average increase of 2.2% a year in real terms funding (when accounting for inflation). By comparison the coalition government’s funding for the NHS increased by an average of 1.2% a year from 2009/10 to 2014/15. This compares with annual NHS funding growth of an average of nearly 4% a year in its first 70 years. The Labour funding pledge is around half the independent Office for Budget Responsibility’s (OBR) projection of funding pressures on the service–over 4% a year above inflation–and would leave a funding gap of £7bn by 2020/21. The Liberal Democrats have pledged a dedicated 1p hypothecated income tax rise for NHS and social care–raising £6bn a year. The Conservatives, SNP and UKIP have not yet made pledges, although it is mooted the Conservatives will impose a lifetime cap on social care for individuals to £85K, with the government picking up costs beyond that.

Even if the NHS returned to the long-run funding hikes averaging 4% in real terms per year, the more pressing issue is staff shortages. [2] For example, the NHS in England is short of 30,000 nurses (10% of the total) and the 2016 staff survey finds 47% of staff view current staffing levels as insufficient to allow them to do their job properly. Vacancy rates for social care staff in the public sector are now 11%. The general uplift in pay in the NHS has been frozen at 1% in cash terms for nine years. Compared to other nations the NHS relies more heavily on overseas staff, with 60,000 (1 in 20) of the workforce from the EU [3]. In the short term a clear immediate guarantee is needed to secure the EU staff working in the NHS and social care system, and align immigration policy to help secure the workforce needed. For the medium term, far better planning is needed to work out the numbers the UK needs to train for the future, and a much more thought-out approach to pay once the pay freeze is lifted. [4]

In terms of quality of care, the percentage of people treated within the main national waiting times targets have slowly deteriorated over the last five years, although more patients have actually been treated within each target. [5]  The quality of care in some key clinical areas such as cancer, diabetes, heart attack and stroke, and access to psychological therapies is steadily improving (all testimony to the hard work of staff), although reaching the best clinical outcomes in western Europe will take a lot more effort and investment. Quality of care seems to be holding, but the lag in reporting may mean that we have not yet seen the impact of the current squeeze in the data.

At the time of writing only the Labour party have released their manifesto. But manifestoes are not detailed responses to the challenges ahead. They are more a shop window of intended crowd pleasers, with accompanying mood music speeches on the competence, trustworthiness, and seriousness of each party’s programme. The mood music on the NHS is still wholehearted support, but how this will translate into funding for health and social care is the real question on the table. Will the Conservatives contemplate tax increases, or cut other areas of public spending? Assessing the real response to the three challenges comes later–not in the legislative programme of the elected government, but (especially since the 2012 Health and Social Care Act) in the strategy and actions allowed by government of the “technocracy”–the arms length national bodies such as NHS England, and the executives of local (and devolved regional) government. For the NHS the main show in town is the NHS Five Year Forward View, and as yet there is no such plan for the more pressing issue of social care. [6]

So yes, this snap election is largely a distraction. For busy clinicians, it is the NHS Five Year Forward View that deserves attention and serious engagement; duck it and progress will slow, which will mean more interference by politicians. And we know what that looks like…