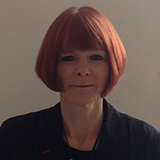 It is anathema that women’s reproductive choice is framed by punitive legislation from 1861. However, in envisioning a future without the provisions of the current law we must ensure that we don’t inadvertently restrict some women’s options.

If abortion were to be decriminalised in the UK, women could request the procedure within a regulatory rather than a legal framework. This is likely to work well for women who wish to end unwanted pregnancies at early gestations because they will no longer need to have the procedure sanctioned by two clinicians. However, most women we work with at the charity Antenatal Results and Choices (ARC) are in different circumstances.

ARC works with women and couples facing prenatal diagnosis of fetal anomaly. The vast majority of diagnoses are made >13 weeks gestation. We aim to help ensure that they are enabled to make the decisions about their pregnancy that are right for them in their individual circumstances.

Terminations for fetal anomaly are sanctioned without gestational limit in England, Scotland, and Wales under the Abortion Act if two doctors consider that “there is a substantial risk that if the child were born it would suffer from such physical or mental abnormalities as to be seriously handicapped.” This is commonly known as ground E because this is how the abortion registration form lists this exemption. [1]

Ground E has been fairly successful in facilitating case by case collaboration between women and their doctors. In broad terms, the clause has allowed individual choices to be made, including difficult decisions to terminate affected pregnancies in the late second and third trimesters.

Most prenatal diagnoses are made in the context of a wanted pregnancy, with expectant parents suddenly contemplating abortion because of the future impact of fetal indications on their child and themselves. In this situation, many welcome their doctors’ involvement and support for a decision that can evoke a range of conflicting emotions. [2] Some women take comfort in the doctors’ willingness to sign the abortion form as an indication of validation of the painful choice they are making.

Indeed, the very existence of ground E puts the onus on clinicians to discuss termination when exploring management options after a diagnosis of significant fetal anomaly. Without the law, we would need to ensure that clinicians did not somehow feel less inclined to do so. In a UK without abortion law, professional bodies would have an important role in developing guidance that encourages clinicians working in prenatal diagnosis to be proactive in raising the option of abortion with women in a sensitive and non-directive way and then supporting them in their decision making.

Canada may provide a model: it removed abortion from the criminal law in 1988. But decriminalisation has not guaranteed access to services there: many women in rural areas have to travel vast distances for abortion care. There has been a recent high profile case where a couple with a late diagnosis of a genetic condition (which would likely fulfil ground E of our law) had difficulty finding a Canadian hospital willing to provide a termination.[3] It is also worth noting that access to surgical abortion services after 14 weeks’ gestation is very limited in NHS hospitals.

Decriminalisation would be an important step in reducing the stigma surrounding abortion, but it must be part of a wider project. We must encourage clinicians to feel confident in discussing and providing later abortion care and create a climate that is compassionate to the women who will always need access to these services.

Jane Fisher is director of Antenatal Results and Choices.