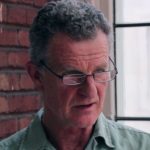 The other day my NHS Trust sent me notification that I was due renewal of my Disclosure and Barring (DBS) clearance (previously called CRB). I was asked to bring my passport.  Presenting myself to Medical HR, I was asked to sit in front of a computer with face recognition technology and my passport placed face down on a scanner. The computer was to decide if the image of my face sufficiently matched the image on the passport. I was told that it was to prove who I was. Just that. When I objected, I was told that this was now a mandatory procedure.

So, I have been a consultant psychiatrist in the trust for 15 years, and am known to a large number of fellow clinicians and other staff—or so one might think. Has any one of these ever wondered whether I was in fact the Derek Summerfield they assumed me to be? I continue to receive pay slips from the Trust, all addressed to Derek Summerfield, and carry a Trust ID card marked Dr Derek Summerfield, with a photo. I see patients who are booked to see Dr Derek Summerfield and believe themselves to be doing so. My team members keep calling me Derek and referring to me as Dr Summerfield. Not once has an academic journal to whom I have ever submitted a paper asked for proof that I was the real Derek Summerfield, and if The BMJ declines to publish this article it will not be because I did not produce my passport.

When Med HR first emailed me what to bring, I did wonder why in a Trust office my Trust ID itself did not suffice, even assuming it was not plausible enough for me to simply state that I was Dr Summerfield checking in for an appointment booked in that name. My passport, it seemed, was needed in case the Trust ID was untrustworthy. But this relied on a Trust employee making the subjective judgement that the person presenting the passport was authentically that person. The process demanded the putatively higher level of proof afforded by face recognition technology. The power to decide whether I was Derek Summerfield had been shifted away from Med HR, away from the Trust itself, to some other, higher authority far from the scene. Where, and why?

I emailed the Trust CEO. I asked him if there was an alternative way for me to satisfy the requirements for DBS clearance. Might a solution be for a colleague in a position of authority in the Trust, my clinical director for example, to accompany me to Med HR and vouch for who I was?  But this too would be futile. Let’s assume that my clinical director would confidently assure Med HR that I was the same Dr Summerfield as the one requiring DBS clearance. But then how was Med HR to know for sure that the man vouching for me was not an imposter but truly the clinical director his Trust ID labelled him to be?

The CEO replied that the matter was out of his hands and that he too would have to go through it. So, even the man who does not need to produce his Trust ID because he is the CEO and everyone knows him to be the CEO, cannot be assumed to be genuine. He could produce his Trust ID, passport, and supporting documentation but all this would still fall short. Only face recognition technology, it seems, was deemed capable of satisfying the system that for sure this man really was the CEO.

So, to what kind of system does this surreal sequence attest? As a psychiatrist, what springs to mind is an unusual form of psychosis called Cap Gras, in which a patient has the unshakeable delusion that people he knows are not actually who they represent themselves to be, but are clever impersonators. I once had a patient like this, who believed that his father had disappeared, perhaps abducted, and had been replaced by a man who looked, sounded, and behaved just as his father had.  My patient told me he was not fooled by this, because from time to time the impersonator would give himself away by a facial expression his father would not have used.

But however much this seems like movement away from rationality and common sense accountability towards something cold and rigidly paranoid, the new system is undoubtedly sane and clear-eyed. The compulsory face recognition test is now being deployed at London airports, and reminds me of the astounding capacity of all the new computer technologies to allow a government to pin down its citizens and know them intimately as never before, and to hold and use this material unaccountably. This ever tightening surveillance of ordinary citizens is part of a steadily eroding climate of civil liberties in UK.

The relevant government website begs to differ: “Digital technology has the potential to substantially improve the quality and efficiency of the ways government… engages with citizens.” Orwell would have liked that.