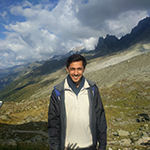 As the US presidential election inches closer, Donald Trump appears to be tapping into the American zeitgeist. But what would a Trump presidency mean for the world?

Some say nothing will change in the permanently gridlocked US political system. Others fear nuclear war, the re-emergence of the Ku Klux Klan, and shorter maternity leave. And just when you thought he had far surpassed the upper echelons of controversial things a presidential candidate can say without being arrested, Trump proclaimed that climate change is a hoax. It’s not only the environment that took an upper cut to the jaw that day, but global health too.

While the presidential campaigns have been in full flow, so has the spread of Zika virus. Over the past month, Zika has further migrated from central and South America to US territories. Rip a page out of the Trump doctrine, and you may determine that the reason Zika is spreading to the US is because of those pesky Mexicans smuggling in disease (along with their AK-47s and heroin). The proposed iron curtain of course, between the US and Mexico would solve this simple problem (and be paid for by the Mexicans, obviously). To be fair, the association between migration and spread of disease is, like climate change, not a hoax. There have indeed been many travel-associated cases of Zika in the US. So, why not practise isolationism? Why not play the Trump card against Zika?

Two reasons spring to mind. First, the benefits of global trade, tourism, and free movement far outweigh the costs of closing borders or grounding entire populations. The 2016 Rio Olympics provide the perfect example. Given that the people of Rio had the Olympics expensively bestowed onto them like an unwanted gift, if tourism or trade completely halted due to Zika fears, the Brazilian economy could have well and truly buckled under its own weight, further propagating the spread of infection through complex social determinants of disease.

Second, such knee jerk measures do nothing to serve the long term strategy for global health security. As of 14 September 2016, there were 43 locally-acquired Zika cases in Florida. In other words, the mosquito species carrying Zika virus, also a vector for dengue fever and chikungunya, can survive in Florida. Over many years, climate change has had a crucial role to play in affecting the speed of mosquito replication, as well as their life cycle and global distribution. A case of Crimean-Congo Haemorrhagic Fever (CCHF) in Spain this month, the first ever locally acquired case in Western Europe, demonstrates that climate change and Zika are not exclusive bedfellows. All vector-borne diseases have the potential to spread, change, and emerge in areas not previously seen, in part due to more favourable environmental conditions.

Climate change is not solely about mosquito survival. Equally important are social determinants of health; clean air, safe water, and secure shelter. The World Health Organization (WHO) estimates that between 2030 and 2050, climate change will cause approximately 250 000 additional deaths per year.

Previous pandemics have taught us that infectious diseases do not queue to have their passports checked at the border. In the Ebola outbreak, healthcare professionals embodied the principle that a life in West Africa should be worth no less than a life in the UK or the US. This global movement for equality is what is required to confront infectious disease. The US has traditionally been the largest funder of global health programs worldwide. The prospect of a Trump US government therefore, high on fostering global division, and drunk on hoax theories about climate change, is a deeply perturbing prospect for global health.

Trump’s hard nosed belief in a concrete bulwark separating nations, over the science of climate change, leaves disease-harbouring mosquitoes impatiently licking their lips. I’m not sure which I am more afraid of.

Vageesh Jain is a final year medical student at King’s College, London with a Master’s in Public Health (MPH). He is currently working on a project on global health security and health systems, at the World Health Organization in Geneva, with the epidemic clinical management team.