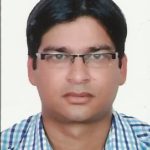 In 2006 India experienced one of its worse chikungunya outbreaks, when more than 1.5m cases were reported. The current outbreak in Delhi has claimed at least 15 lives so far, and the city’s hospitals are overloaded because of demand from neighbouring states such as Rajsthan, Uttar Pradesh, and Haryana.

This mosquito-transmitted alphavirus causes acute fever and acute and chronic musculoskeletal pain along with rashes in humans. The mosquito Aedes aegypti, (which also spreads dengue fever) breeds in clean stagnant water and takes eight to ten days to mature from larvae.

The outbreak in India’s capital is the worst in six years, with more than 1,000 people affected by September 10. The last time the number of affected people reached the three-figure mark was in 2011.

But hospitals still don’t have uniform guidelines for treating chikungunya, with patients being prescribed antibiotics without chikungunya being investigated. Cases are being under reported because there are not enough testing centres in Delhi.

The cost of lab tests is rising. Even private hospitals are  feeling the pressure with inadequate infrastructure to support growing numbers of patients, and the situation is made worse by a sudden rise in seasonal cases of both dengue and chikungunya. There is no uniform provision of health education about prevention and primary treatment.

Healthcare providers have told citizens to empty and clean all vessels which hold clean water at least once a week to break the life cycle of the mosquito.

Delhi’s municipal council has accused hospitals of reporting cases late. Why are its staff not checking homes to see if their advice is being followed?

Now, however, is not the time to turn this outbreak into a political debate. The government should focus its attention on trying to reach people to help prevent the situation that happened after the 2006 epidemic, where many chikungunya patients were left with residual joint pain.

Pradip Kharya MD is a lecturer in community medicine at the Government Medical College, Kannauj, India.