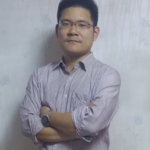 In less than three months four Chinese doctors have been killed by patients. In one case, a general physician’s 10 year-old child was also stabbed. Violence towards doctors is nothing new in China. The Lancet has been following the trend for years. Almost 50% of Chinese medical staff were insulted during their daily work.

The Chinese Medical Association’s 2015 white paper on medical practice revealed that physical violence towards medical staff had increased over the previous seven years. According to the publicly available figures online, a total of 21 staff were killed from 2009 to 2016, but this figure may be an underestimate because many were not reported for political reasons. The data show that surgeons are at the highest risk, followed by internists, general physicians, and nurses.

Whenever medical violence takes place, the guidelines available on DXY, the online forum for healthcare professionals in China, gets more popular. And in the wake of an attack, staff are asked to wear bulletproof vests. Because of the violence, China now faces a lack of paediatricians, applications to study medicine are down, and the pass mark for the National Higher Education Entrance Examination medical school is now lower.

Several government departments have issued statements about the issue, and in November 2015 China’s national legislature defined medical violence as a crime. But this still didn’t prevent four doctors being killed in the first half of 2016.

One desperate Chinese doctor resorted to asking the US government to protect him by signing a “We the People” White House petition about violence against doctors in China. The petition gained more than 6,000 signatures in less than a month, although it still falls short of the 100,000 goal needed.

We hope the continuing concentration on Chinese medical violence in the global medical journals will wake up the authority and the people. Doctors, patients, and the authorities all need to work together to improve the situation.