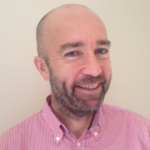 For many years systematic reviews have been placed on a pedestal, relatively free from critical scrutiny. Frequently seen as being at the top of the “evidence pyramid” they have been adopted as the main way of assessing the worth of an individual intervention.

More recently threats to the pre-eminence of systematic reviews have come from multiple areas. Some authors, including myself, have been critical of groups such as Cochrane for creating methods that are so costly in terms of finance and time that too few are done and the majority are not being kept up to date.

The rise of the “rapid review” is another “threat” to traditional systematic reviews, as increasingly these are being seen as viable alternatives. And, as the rapid review methods mature, they will surely win prominence by their ability to deliver robust results in a fraction of the time of traditional systematic reviews, at a lower cost and be better able to be kept up to date.

However, an increasingly obvious threat is that of reporting bias. Reporting bias, the selective reporting or suppression of information, is increasingly apparent and the evidence mounts as to the effects. There are numerous problems associated with this, for instance:

• The basis for most systematic reviews is the journal article, and therefore these summaries of the trial miss lots of important information such as side effects and outcome switching.

The net result is that, for systematic reviews based on journal articles, the results simply cannot be trusted as being an accurate reflection of an interventions “worth” [1, 2, 3]. Being generous we could describe them as supplying a “ball park” estimate; synthesis of the published evidence alone doesn’t support more than that. While some systematic reviews might be accurate, we have no real way of knowing which are accurate and which aren’t. So, if the evidence synthesis is based on published journal articles (the overwhelming majority) – beware.

This realisation will surely help us move towards a more nuanced approach to evidence synthesis, one not rooted in attempts to capture all journal articles. This new approach must better articulate why the evidence synthesis is required and build from there. And, the new approach(es) must be based on evidence, not faith.

Jon Brassey is the founder and director of the EBM search engine the Trip Database. In addition to this he works as lead for knowledge mobilisation at Public Health Wales, is an honorary fellow at the Centre for Evidence-Based Medicine, Oxford and recently started the Rapid-Reviews.info website.
He will be on the panel for a discussion of “Improving the Evidence for Systematic Reviews” on Wednesday 22nd June at Evidence Live 2016.

Competing interests: I run the search engine the Trip Database (www.tripdatabase.com) and own 50% of the shares in the company. One area Trip is actively researching is rapid reviews, and in the future this interest may be commercial in nature.