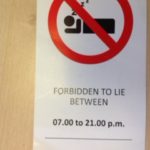 During a conference coffee break last week two physiotherapists pushed a hospital bed through the networking area, along with a wheelie bin overflowing with “redundant” bed-related paraphernalia—monitors, clipboards, etc.

The hospital where Shanna Bloemen and Yvonne Geurts work plans to remove beds during the day to encourage patients to get active and get out of the wards. Implementation is due to begin in the department of cardiothoracic surgery and will be extended to others over time.

Ban Bedcentricity, as the campaign at Radboud University Medical Center in Nijmegen, the Netherlands, is called, says healthcare is currently too “bed centred.” This makes patients easier to find and hospital wards easier to arrange, but beds encourage physical inactivity. 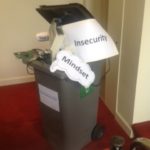 Patients spend on average 80% of their time in their beds, they say, and most have no medical reason to stay in bed. Also, the physical inactivity it encourages can result in loss of muscle strength, neuromuscular control, and physical endurance.

But why stop at beds? What about hospitals? Do we even still need them? And if we do, should they even still be called hospitals?

Yesterday a blog post by Céline Miani and Eleanor Winpenny from RAND Europe and Cambridge University, respectively, outlined the push from secondary care to the community. They write about a RAND review, undertaken jointly with Cambridge University, which outlined five key areas for shifting care, but their post did not discuss how hospital architecture will change as hospitals adapt to their new “bed-decentralised” future.

Tony Young, a urological surgeon and NHS England’s national clinical director for innovation, used a film still of a burning hospital building to raise the question when he addressed a conference about future healthcare in London last month.

“Do we need to blow up all our hospitals and start again?” he asked. “Would we design the system we currently have if we were starting now?

“The challenges we face now is not just a problem in the NHS or the UK. It’s a global challenge. We designed a system in the NHS nearly 70 years ago that dealt with acute conditions, largely based around hospitals.”

“Modern hospital” design predates the dawn of the NHS in the late 1940s. The building design championed by Florence Nightingale based on her experience of nursing soldiers wounded in the Crimean war went largely unchanged for almost 150 years.

Nightingale wards helped facilitate observation and foster good hygiene practices, but if observation takes place in the community with specialist services accessed digitally and remotely, doesn’t the hospital become more like a university campus, where the growth in online learning now means students rarely, if ever, need to set foot inside a classroom?

At the Our Future Health conference in Nijmegen, architect Daniël van den Berg described how Radboud surgeon Harry van Goor and the hospital’s real estate director had challenged him to consider the hospital’s future needs and how a five year building project can anticipate technological advancement.

He added: “The most probable outcome is that healthcare moves towards the home. Would it not be great if hospital environments were there only for necessity, for a very short period of time?

“Harry’s question to architects was: ‘If we look at patients’ needs do we really want to build hospital environments? We need to reinvent our profession as architects, using more intelligent technology to reduce the size of these facilities.”

If the physical environment of the hospital is changing, why not its name too? Princess Laurentian van Oranje, sister-in-law to King Willem-Alexander, told the conference how her work with Dutch Children’s Councils had convinced her that the Dutch word for hospital—Ziekenhuis, literally meaning “sick home”—was anomalous.

“They asked: ‘Why do you call it a sick house?’ It’s a place where you try to get people better.”

The Our Future Health conference was organised by Lucien Engelen, director of the medical faculty’s REShape Innovation Center and leader of its Patients Included kitemark. The BMJ received one in June 2014 for its patient partnership initiative.