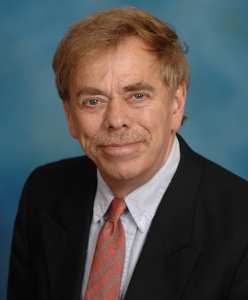 To what extent are the social determinants of health (SDH) political determinants, and which of these are the most amenable to policy reversals that will increase or decrease inequalities? Reviewing the actions of the conservative government under Prime Minister Stephen Harper (2006-15), together with early initiatives taken by the just elected Prime Minister Justin Trudeau, may help answer these questions.

The Harper government: The rise in inequalities among Canada’s 1.4 million aboriginals during the conservative decade may surprise some SDH experts. At the last World Medical Association meeting its president and leading SDH expert, Sir Michael Marmot, cited Aldous Huxley’s dystopic Brave New World to help describe the effects of social stratification on inequalities. He said that while society may not take deliberate steps to stratify, it nevertheless tolerates this social injustice “with seemingly little clamour for change.”

Yet under the conservative administration, the stratification of Canadian aboriginals was not only tolerated but often seemed intentional. In pursuit of its resource development strategy, the government sought access to important natural resources on First Nations’ traditional lands. Aboriginals objected to projects without their prior consent and, with some success, they petitioned the courts and held peaceful protest demonstrations across the country. Their resistance was met by a series of government responses that harkened back to colonial relationships of the 18th or 19th centuries. In the process, impoverished aboriginals were portrayed as masters of their own making, undeserving stewards, and a threat to Canada’s future prosperity.

Firstly, the government appeared to deny aboriginals their history—150 years of discrimination; the prime minister told the G20 summit in Pittsburgh that “every country wants to be Canada; we have no colonial past.” This, despite a well documented record of genocide, starvation, theft of land, and an abusive Indian residential school system—the essence of a colonial relationship and the very inequities that Marmot says matter most.

Secondly, even with their SDH in question, the government still canceled billions of dollars in public programs in education and health explicitly designed to address these inequalities—cuts described by the most restrained of observers as a “travesty of public policy.”

Thirdly, as new inequalities were added to old ones, the government reduced access to much needed data to describe these worsening trends by abolishing the First Nations Statistical Institute, canceling the long-form census (needed to describe vulnerable populations), axing a host of environmental monitoring agencies, and by muzzling federal scientists.

Fourthly, it created fear and apprehension among First Nations activists protesting their own poverty and the environmental degradation of their communities by engaging the Royal Canadian Mounted Police (RCMP) and Canadian Security Intelligence Service (CSIS) to infiltrate and monitor their activities. Revelations that these two agencies subsequently shared this information with industry stakeholders startled many observers; when it was revealed that the watchdog body mandated to oversee these two agencies is led by lobbyists for the resource industries it led to immediate resignations.

The Trudeau government: Many of these dystopic policies ended abruptly with the election of Prime Minister Justin Trudeau (October 2015). With explicit online mandate letters to the ministers responsible, he restored the long-form census, de-muzzled 6000 government scientists, ended the harassment of aboriginal activists and their advocates, and committed to reversing injustices stemming from what he called “one of the darkest chapters in Canadian history”—the Indian residential schools.

In support of these reversals and a range of aboriginal social and public health issues, he earmarked $8.4 billion in his federal budget (22 March 2016)—all of which were framed in terms of the SDH. These investments would essentially reverse 10 years of budgetary cuts. With 10 aboriginals elected as members of parliament, and two selected for cabinet (out of 30 positions, 15 of which are filled by women), these undertakings seem consistent with Mr Trudeau’s assertion that “no relationship is more important to me and to Canada than the one with First Nations.”

A recent editorial in The BMJ reminds us, however, that “health is a political choice.” Citing the final report from the Commission on the Social Determinants of Health, it warns that health is ultimately shaped by such factors as “the distribution of money, power, and resources,” and in Canada, resource extraction industries remain key economic drivers.

In this context two concerns have arisen: when Mr Trudeau was given the opportunity to endorse his key promise to support First Nations having a veto on resource development he appeared to back away. Secondly, a review of his budget shows that most of the promised $8.4 billion is budgeted for after the next election. These items represent important political determinants of health for which the new government will need to be held accountable by all Canadians.