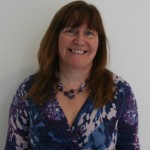 With more than four million people in England* currently living with a neurological condition—such as motor neurone disease, multiple sclerosis, Huntington’s disease, or Parkinson’s disease—it is very concerning, yet sadly unsurprising, that a new report has revealed neurological care services are simply not good enough.

The report, published last week by MPs from the Public Accounts Committee, highlights that people’s experience of neurological care in England varies significantly depending on what part of the country you live in. It also reveals that local services are poorly coordinated, hospital care is fragmented, and that people often suffer delays in diagnosis.

Unfortunately, outcomes for people with neurological conditions have not been transformed for the better since then. The committee notes that changes made “have not yet led to demonstrable improvements in services and outcomes for patients,” and expresses concern that what progress has been made is in danger of not being sustained into the future.

As a provider of residential and community neurological care and support services across the UK, Sue Ryder recognises how inadequate care and support can impact individuals as well as their families and carers. We are therefore pleased that the committee is calling on NHS England to really listen and learn this time.

It really is vital that neurological care has dedicated leadership as well as greater priority among senior figures in the health system. The committee notes that “it is clear that neurological conditions are not a priority for the Department of Health . . . and NHS England,” which is underlined by the fact that the national clinical director post for neurology—a post which the committee itself called to be introduced in 2012—has recently been scrapped.

At present there is no clear suggestion of what will replace this role, despite the fact that this post’s term will be finishing soon. Without this, there will be no single identifiable individual taking the lead for neurological services at a national level. It has been suggested that leadership could be provided by Strategic Clinical Networks, and another possibility that has been mentioned is that the key responsibilities of the national clinical director could be provided by “clinical leads and members of the NHS England funded neurology clinical networks, the Neurology Clinical Reference Group, and Royal Colleges.”

Experts in neurological services need to be part of the conversation to work out what leadership should look like, how it should be organised, and how it could be set up in the most meaningful and effective way. Continued leadership is vital to bringing organisations together; raising awareness among senior leaders; and increasing attention and resource to drive programmes forward, such as NHS England’s community neurology project.

The committee also calls for NHS England to make the best possible use of available neurologists through “re-designing services and making more use of other clinical staff, particularly specialist nurses.” To ensure that such a redesign happens effectively, and that it makes best use of the expertise that exists among professionals working in this area, input should be provided by as wide a range of voices and organisations as possible—including, of course, individuals with neurological conditions and their family/carers.

What this new report has ultimately done is shine an important spotlight on neurological services and revealed the challenging picture of what still needs to be done. This report can and should be a prompt for a wider conversation among those who work in this area about what we can contribute to help improve services.

The committee has stated it wishes to review progress again later in Parliament to ensure that neurological care is not allowed to fall off the radar. Its recommendations need to be robustly followed through this time to ensure that the improvements people need and deserve are made in the future.

This is crucial as, without effective follow through, there is the risk that the next committee investigation will paint a similarly gloomy picture and what little progress has been made since 2012 will continue to slip away.

*The Neurological Alliance usually uses the figure of 12 million people living with a neurological condition in England, however, the Public Accounts Committee has used the four million figure in this report as it excludes headache and migraine.