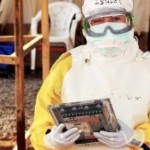 To what extent do disasters and disease outbreaks drive developments in digital health? And as the WHO and other national and global health agencies get to grips with the Zika virus outbreak, what lessons can be learned from the 2014 Ebola epidemic?

John Edmunds, Dean of the Faculty of Epidemiology and Population Health at the London School of Hygiene and Tropical Medicine, described how, in the early days of the Ebola outbreak, clinicians wearing protective outfits struggled to write up notes by literally shouting through a wall to colleague, which was both time consuming, error-prone, and labour intensive.

But Edmunds, addressing UCL’s Festival for Digital Health in London this week, said such hardware cannot always be easily mothballed for use in future outbreaks such as Zika virus. Storage can be expensive, kit goes out of date, technical platforms are constantly refreshed. And staff trained to use the devices move on to other jobs. Such issues, he concluded, mean “paper and Excel aren’t going out of business any time soon.”

Similar issues are faced in epidemiological surveillance and alerting, he said. In Guinea, for example, the least affected of the three Ebola-stricken countries, daily contact tracing over a three week period proved to be hugely labour intensive in the absence of a smartphone app or other mobile enabled solution. Village locations and names could be wrongly mapped and mispelt. Because it was not done in real time, time lapses and transcription errors provided inaccurate pictures, lessening the impact of the surveillance exercise.

How can tracking social media, self-reporting tools, and internet search behaviour paint a more complete picture of disease prevalence alongside more traditional approaches such as laboratory reporting and physician based surveillance? 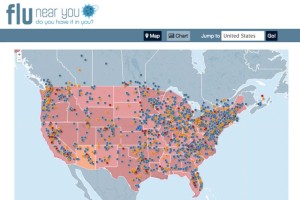 Edmunds acknowledges that standalone crowdsourcing tools such as the EU Influenza net and Flu Near You can be useful at capturing flu clusters among people who may not have visited their GP, but ultimately paint an incomplete picture, mainly because tools such as these tend to appeal to a certain demographic only – educated, middle class communities who are interested in seeing their data represented on a map or spreadsheet.

Flu pandemic data was unreliable because the pattern changed in how patients accessed their GP, he said. “There were two waves in England and Wales. The second wave was bigger than the first, but this was not reflected in the GP data because people changed their behaviour. At the beginning their were much more likely to access services than at the end.”

How useful are internet search engine patterns? “During a crisis people’s internet search behaviour changes,” he said. “At first people were interested in searching for flu, so it didn’t give you an accurate picture of what was going on.”

Edmunds saved perhaps the biggest problem until last. What use is data ultimately if it isn’t kept for reference in future epidemics. In the case of Ebola, he warned, it isn’t. As treatment centres close, “data is being destroyed about the Ebola epidemic. both accidentally and wilfully.”  When one considers some of the steps taken to capture the data in the first place, this seems a tragedy.

David Payne is digital editor, The BMJ, and readers’ editor