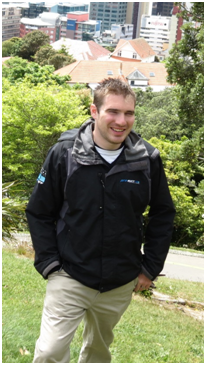 In January 2016 NHS employers withdrew locum appointed for training (LAT) posts in England. The numbers of doctors undertaking LATs has fallen since 2014 and there were vacant posts last year. There are concerns that doctors staying in LATs year after year gain pay progression without career progression, and that direct observation and educational supervision can be harder to review.

So, the solution to these potential problems was simple—scrap the whole programme.

My confession, I did not get my specialty training number (NTN) at first attempt. This was not because I didn’t prepare enough for the interview, or didn’t have enough clinical exposure, or wasn’t engaged in enough academic activity to enhance my CV. It was because on the day, on what should be considered an exam rather than a job interview, I didn’t score as highly as my peers in one station. I ranked six places below the cut-off for a NTN. I can’t begin to tell you how demoralising that was, and how hard it was to realise that all the work, preparation, and courses had been in vain.

And how demoralising it was to realise that you will not only not be working in your chosen specialty, but that you will be unemployed in four months.

But, I am not alone in this position. Considering surgery alone, a 2010 Association of Surgeons in Training (ASiT) review gave a 6:1 competition ratio (this may have dropped in recent years). In 2015 in ENT (my application) the competition ratio was 2:16 (Yorkshire and Humber deanery).

About a fortnight after I was unsuccessful at interview, I was offered an ENT LAT near my home. Honestly, I had not fully considered this option as it deducts points from future applications, but following extremely positive advice from senior colleagues, and the fact I wouldn’t need to move my family, I decided to take it.

So, is my educational activity hard to track? Is it harder for my trainers to observe me directly?

Hardly. I met my educational supervisor on Day two of my LAT and discussed a strategy plan to attaining a NTN. My supervisors observe me directly in surgery at least four times a week and I often discuss cases in clinic on a one to one basis after the patients have left. Questions and concerns I have are discussed openly and often turn into learning opportunities. I am on the portfolio website with my ST3 colleagues and on the same educational programme. My training day’s attendance is monitored and I have recently had an interim-ARCP meeting.

But it is more than just these factual elements that show the worth of LATs. Failing to attain a NTN is a tremendous blow to one’s confidence. In my experience, I feel that the true value of a supportive LAT lies in its ability to rebuild confidence, and enhance skills and knowledge in a constructive environment. This shouldn’t be underestimated.

The key goal of any higher specialty LAT post should be whether these posts aid subsequent NTN applications. In 2011, 38% of those awarded a NTN for ENT had required at least an extra year after CT2 including LAT posts. In Wales, a study showed that the chance of success at regional selection for all surgical specialties increased by utilising an extra year three-fold.

I concede that not all LAT posts are perfect and some of the concerns regarding trainee’s use of the posts are reasonable. However, scrapping them as whole appears to me to be an over-reaction and negates the quite substantial benefits that these posts provide.

Paul Sooby is currently undertaking LAT post at the ST3 level in ENT at Maidstone and Tunbridge Wells NHS Trust. He graduated from Brighton and Sussex Medical School in 2010, before completing the Academic Foundation Programme at University Hospitals of Leicester NHS Trust. He undertook his Core Surgical Training at East Sussex Healthcare NHS Trust. He will be reapplying for ENT National Selection this coming Spring.