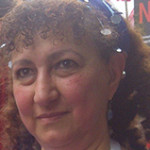 “WHO must re-establish it’s pre-eminence as the guardian of global public health; this will require significant changes throughout WHO with the understanding that this includes both the Secretariat and the Member States.” [1]

Since the Ebola outbreak shocked the world the functioning of WHO has been the subject of much attention. The director general has acknowledged WHO’s disastrous delay in declaring the emergency. Enquiries have examined finances, but have not adequately exposed the impact of a long-term financial squeeze on WHO; in particular they have failed to recognise the skewed nature of its budget on its ability to work optimally.

There is a strong case for an increase in the overall resources available to WHO. The current operating budget ($4,385 million for the biennium 2016/17) is just 20% higher than the budget of the Geneva University Hospital. [2] Flexible funding for all WHO’s core functions come from the assessed contributions (AC) from member states, virtually unchanged since the mid 1990s, [3] and voluntary flexible funding amounting to US$ 133 million. [4] The overwhelming majority of the funds come from member states and foundations. These are linked to earmarked projects that coincide with their particular health interests and mandates.

WHO has become increasingly dependent on tied funds so that much of the directors’ time is spent on fundraising and reporting to donors. Meantime, donors pay programme support costs of 13%—Price Waterhouse Coopers quantified the real cost of WHO’s overall administration and management at about 30%. [5]

WHO’s financing crisis came to a head in 2009/10. In May 2011, WHO experienced a half-billion dollar budget cut, losing 300 headquarters’ jobs. WHO’s emergency response unit lost nearly two-thirds of its staff and the regional office for Africa lost nine of twelve emergency response specialists. [6] The failure of two thirds of states to comply with their obligations under the International Health Regulations at the time Ebola broke in 2014/15 can in part be linked to WHO’s financial disarray and its consequences. [7] The Interim Ebola Assessment Panel’s report stated that “the resources that underpin the secretariat’s capacity to monitor implementation of the International Health Regulations (2005), and to provide related technical support, have been reduced to a level that the panel believes is now very inadequate.”

In 2010, the director general announced an organisation wide reform. The 12th General Programme of Work (GPW) and Programme Budget was intended to align voluntary specified funding with priority areas of work, but in practice earmarking at the project level remains common. The November financing dialogue will identify unfunded parts of the budget, and donors will be invited to fill gaps. There is an improvement of predictability at the start of the biennium, with 70% of the programme budget for 2014-2015 was already funded on 1 January 2014, compared to only 52% for 2010-2011. [8]

This apparently optimistic scenario is misleading. It is still possible for donors to exceed caps on particular areas of work, causing imbalances. For example, the function of pre-qualification of medicines and other health goods, vital for their successful distribution by various global health funds, is supported by donors to the Department of Essential Medicines. However, the equally necessary parts of the medicines work, such as pricing, policies, technical standards, technical support to countries, access to and rational use of medicines, remain poorly funded, or not funded.

Even if the November funding exercise is completely successful—without an increase in the proportion of funds available for flexible use, WHO will remain in difficulty. This is dismaying because—unique among the major health agencies, which tend to have a narrow focus—all elements of WHO’s core work are necessary and many interconnect; together they underpin and secure health in member states and globally.

In January the WHO instigated an independent panel to investigate its response to the Ebola outbreak and to make recommendations for corrective action. [9] The panel’s report was widely praised and its conclusions and recommendations are currently being taken to the next level by an advisory group led by the UN Secretary General’s Special Envoy on Ebola. However, if the design failure built into WHO’s budget is allowed to continue, this difficult, complex work will be embedded in an organisation that remains at risk from its unresolved financing issues.

For WHO to be set on a course that is safe and sustainable the following steps need to be taken. A realistic fee must be paid to WHO for servicing other agencies; member states objecting to a 5% increase in the assessed contributions should reconsider their position; old and new donors should contribute generously to the pot of voluntary flexible funds and $100 million for the WHO contingency fund for emergencies must be found, ready for distribution in cases of need. Finally contributors should consider aligning their earmarked contributions to unfunded areas that have been prioritised after an inclusive consultation process. Member states, global funds, foundations, and others must cooperate in their own interests to restore an acceptable balance between the flexible and specified elements of WHO’s budget, as used to be the case ten years ago. As confidence builds the overall budget should increase to enable WHO to truly meet its constitutional mandate as “the directing and coordinating authority on international health work.” [10] 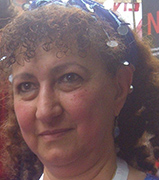 Conflict of interest: None declared.

Mohga Kamal-Yanni is a senior health policy advisor to Oxfam. She has extensive experience in health programmes and policies in developing countries, global health policies and institutions.

Philippa Saunders is a health consultant with Oxfam. She has extensive experience on access to medicines and global health institutions especially WHO.