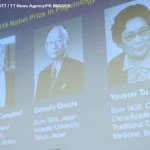 Nobel warriors: The story behind this year’s Nobel Prize for Physiology or Medicine is one of meticulous and methodical laboratory toil that led to the discovery of two important drug treatments for many millions of people in the developing world affected by roundworm parasites and malaria.
Avermectin (later ivermectin) has led to the near edradication of onchocerciasis (river blindness) and elephantiasis (lymphatic filariasis) while artemisinin has proved invaluable in areas of cholorquine resistant malaria. As Geoff Watt’s says in his news report the Nobel committee’s choice may surprise some, but hopefully inspire many more along the journey to drug discovery. 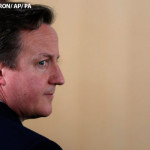 GP warriors: The BMA and RCGP have been both surprised and angered that the Prime Minister David Cameron announced on Sunday that GPs in England are to be offered a new contract without QOF if they sign up to seven day services. The BMA repeated the response it has been delivering for the last year – that GPs already provide round the clock care to their patients. The RCGP’s Maureen Baker summed up the situation aptly when she said that the government was “living in cloud cuckoo land if it thinks that we can deliver a seven day service against a backdrop of the current GP shortages and the lowest ever share of the NHS budget for general practice.” If you feel encouraged or incensed vote in our poll: Do GPs need a new contract? 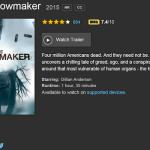 Healthy worriers: Are coronary computed tomography scans a useful tool for preventing myocardial infarction? Two American doctors’ societies have concluded that calcium scoring is not unreasonable for people who have at least an intermediate risk of cardiovascular disease. But another guideline producer says the evidence of a benefit for asymptomatic individuals just isn’t there. A documentary called The Widowmaker is sweeping a host of media platforms with its emotional and star studded take on this “amazing technology” that it claims can prevent premature mortality. A review of the 93 minute film by Jeanne Lenzer says that it shuns the evidence, science, and any mention of the harms associated with CT scanning. A promotional coup or patient empowerment? Footfall at the doctor’s surgery will decide.

Zosia Kmietowicz is the news editor, The BMJ. You can follow Zosia @zosiamk