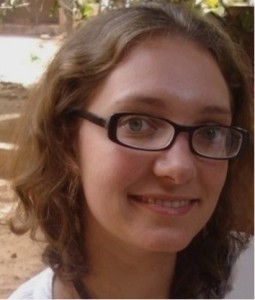 The Animas river in Colorado, the Moskva river south of Moscow, and Tianjin. What do these three geographic areas have in common? They have all been deeply affected by industrial hazards in August 2015.

5 August: In Colorado, agents from the US Environmental Protection Agency (EPA) accidentally unleashed 3m gallons of toxic mine waste into the Animas river, which feeds the Colorado River and many Southern US cities. The dam that was holding the waste burst open during investigative efforts by the EPA, who were looking at stopping toxic leakage from the Gold King Mine. The acidic, heavy metal laden waste has coloured the river yellow for days, raising legitimate concerns from Navajo communities and residents living along the river. The president of Navajo Nation, Russell Begaye, has highlighted how “the spill has impacted us religiously, emotionally, financially.” The Guardian reports that the area was heavily mined for gold and silver for decades.

12 August, around 5pm in Russia. An oil spill from an underwater pipeline sets the Moskva river on fire on 12 August, producing huge, thick clouds of black smoke, and thereby polluting the air that is breathed by Moscow’s citizens with CO2 and other harmful emission gases. The fire allegedly started when some grass caught fire along the river and spread to the site of an earlier oil spill. Beyond the question of who is to be blamed for this environmental hazard, the very presence of a pipeline located such a short distance from a populated area raises cause for concern.

12 August, around 11:30pm in China. A series of explosions occur in the port of Tianjin, killing at least 114 people. By now, everybody is aware of the details of the tragedy, but what is extremely worrying is that dangerous chemical products were stored in a warehouse belonging to Ruihai International Logistics, which has been identified as the site of the explosion. Official reports have confirmed the presence of deadly sodium cyanide, and news agencies have reported that ammonium nitrate, potassium nitrate, and calcium carbide were also stored there.

What’s more, it was only on 15 August, more than 48 hours after the explosion, that Chinese authorities ordered the evacuation of residents living within a 3 km radius from the blast site to avoid the consequences of any toxic substances that were released. Residents who lived near the warehouse that exploded have reported their fears of the long term health and environmental consequences of the Tianjin blast. Many were also apparently unaware of the proximity of such potentially harmful materials to their homes.

Is this what the 21st century has in store for us over the next few decades? Daily reports of yet another industrial accident that poses a threat to public health? Since 2001, including Fukushima, there have already been 19 massive explosions related to industrial activities—that’s an average of 1.27 accidents per year, compared to 0.56 per year over the 1945-2000 period, including the Chernobyl disaster (author’s calculation).

Industries must be held to account for these hazards, which cause harm to the environment and to people’s health and wellbeing. The lucrative businesses of mining, oil, gas, and the nuclear industry has to be regulated much more strictly—not only by national governments, but also by international rules and binding regulations—to make sure that no dangerous industrial components are installed near populated areas.

There are simply too many risks for people working and living around shale gas, oil, and mining extraction sites; oil and gas pipelines; and nuclear reactors. Exposure to toxic chemicals that can be found in the water and air—such as methanol, cyanide, diesel, mercury, and other components—is dangerous for people’s health. In the US, there is evidence that in areas in close proximity to extractive industry sites, the levels of contaminants in the water and air far exceed safety standards. Continuing with this status quo will merely lead to governments later paying the consequences of an increased burden of illnesses associated with contaminated air and water.

In the name of prevention, we have to urge our respective governments to create and enforce a system of international regulations—perhaps under the auspices of the World Health Organization—that forces multinational extracting companies to change their practices. In particular, companies should be compelled to fully disclose the nature of the chemicals and any other hazardous components that are used as part of their business activity. The exact location and handling process of dangerous industrial materials should also be transparent.

Governments simply have to decide whether they want to favour short term economic benefits related to industrial development, or preserve the quality of vital resources in the long term. As two renowned public health nurses remind us, clean air, water, and food are indispensable to human life. This is a time sensitive matter; our wellbeing and the future of our planet depend on reacting quickly.

Lara Gautier is a PhD candidate in public health and economics at the University of Montreal and at Paris-Diderot University. Her current research focuses on the political economy of universal health coverage (UHC). She is part of the Emerging Voices for Global Health network.

I have read and understood BMJ policy on declaration of interests and declare the
following interests: None.